What Are Some Of The Best Paintings By Contemporary Indian Artists?

Art has the power to create something so marvelous and compelling that it can forever entice anyone who lays eyes on it. A lot of great artists have conjured magic on canvas and the great land of India has been remarkably blessed with both, artists and beauty worth capturing on canvas. Some brilliant artists born in India who are no more among us have given us a tremendous amount of art to remember them by, while others continue to create more such beautiful paintings. Here are some of the most recognized names:

Here are some of the most recognized contemporary Indian artists:

Many were truly surprised when this noted actor decided to pick a brush and decided to create art. His movies may get mixed response from critics but Salman is definitely blessed with talent as far as painting is concerned. His most moving artwork is that of Gautam Buddha. His paintings are auctioned for millions and he even gifts his paintings to his celebrity friends.

He is considered to be the finest contemporary artist that our generation has to offer.  His work often has political tones as is depicted in his famous painting Woman from Kabul, made in 2001 that denotes how the country has been ravaged by war. 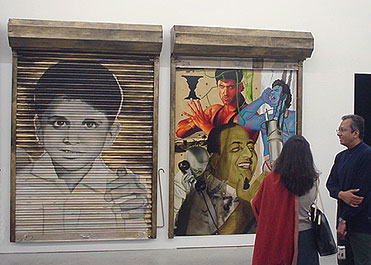 He is often referred as a pioneer of intermedia art in India and his paintings depict his love for mythology, philosophy and even magic. His work engineered fruit like his other work brings together the marvel of cyberspace and the human mind. 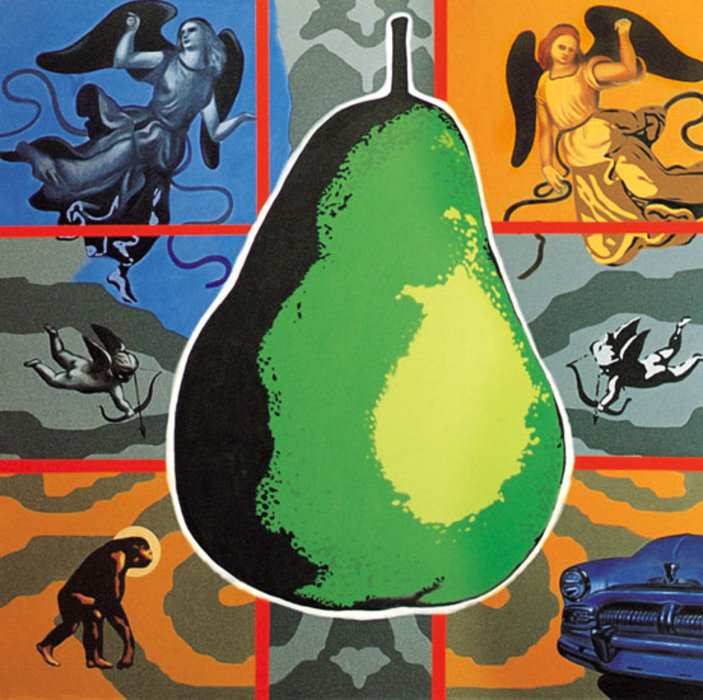 This newbie on the block is an emerging artist whose work is a colorful mix of the world that has an almost psychedelic feel to it.  Her brush strokes create a beautiful and colorful hue and capture the every day in the most delightful manner. One of her artwork graces the home of Tina Ambani. 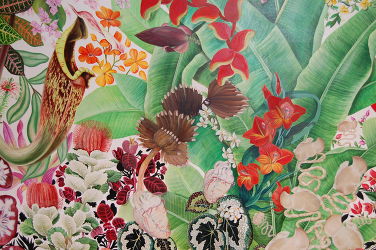 This Lucknow-born Delhi-based painter and digital artist; has started to make his mark with his work that contains high energy and movements that simultaneously draw you in as well as well as pop out with unhinging abandon. His work made it to art galleries in London and New York. 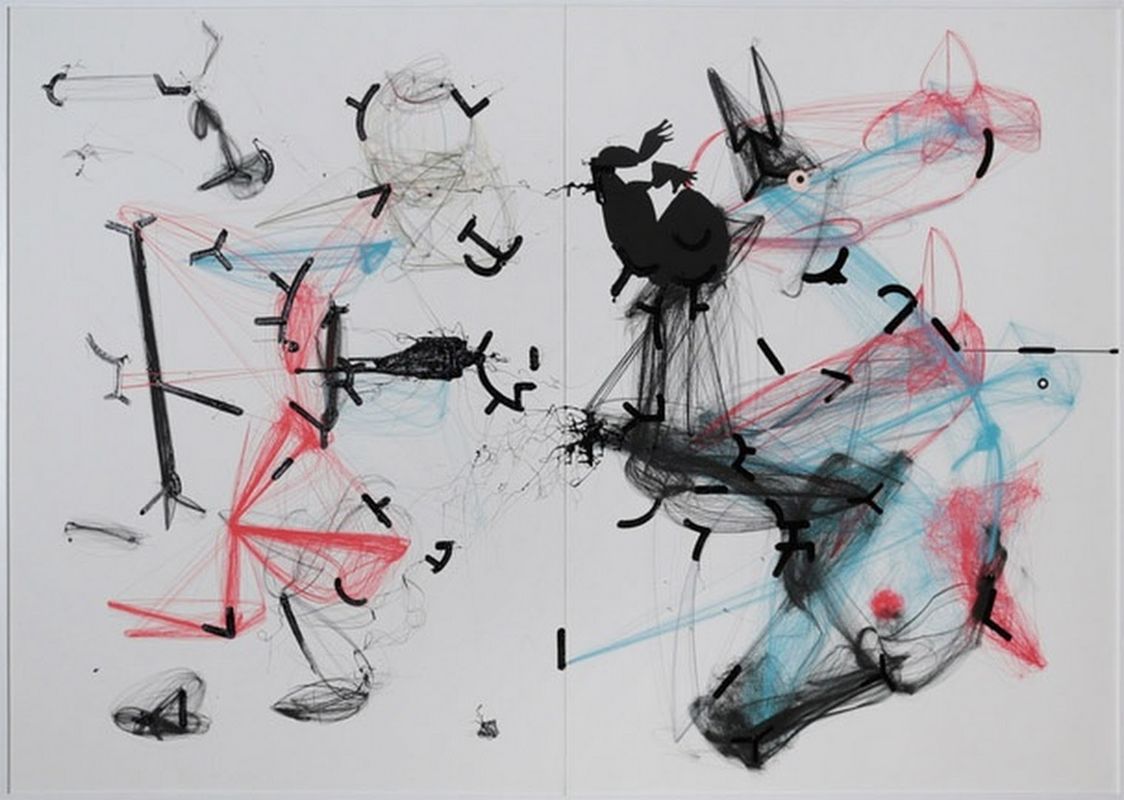 This unassuming and humble artist has acquired quite a lot of fame very early. His work has got global recognition and made it to the Victoria Miro Gallery in London. His subject range from mythological figure to marriages.

#7.Surendran Nair, Doctrine of the Forest

The painting made by one of the most popular contemporary artist currently sold for Rs. 2.1 crore at Saffronart’s auction in 2008.  Surendran Nair gets most of his inspiration from the culture and life of his hometown Kerala and presents them in the most surreal manner. 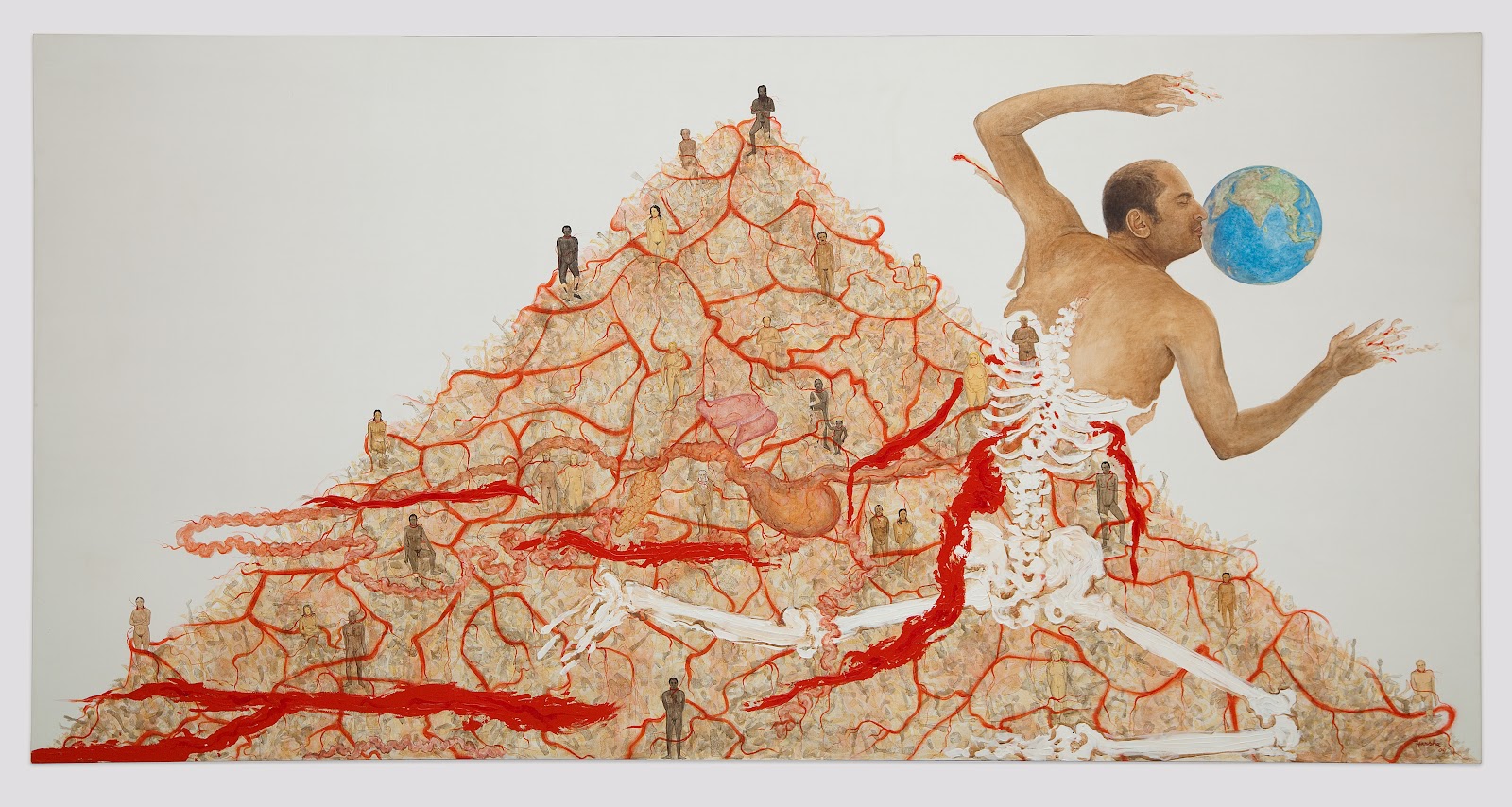 The 90-year-old artist is not new but among the last few among the progressive artists left and his work can be found in renowned galleries and celebrity homes such as the late Parmeshwar Godrej. His deployment of paint in The Bride shows how he uses colors to evoke emotions. He has been awarded Padam Shree for his contemporary modern art painting that is a beautiful kaleidoscope of color. He employs traditional Indian philosophical thoughts while painting and often uses the canvas as a medium to highlight the social problems plaguing society. His work Women Exploitation is one such painting. His collection graces the home of political elites including the Prime Minister and The President. 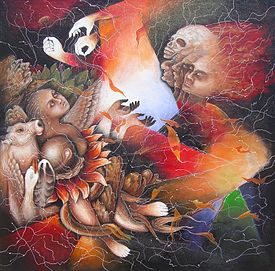 This abstract painter is steadily growing to be a popular name in the artist community. Her range of subjects covered is vast and intense such as gender inequality, the colonial experience, globalization.

Show result before you give your opinion
29 Votes