So, here are more of such amazing sand artists who create extraordinary miracles.

Best Sand Artist In The World

Jim Deneven portrays his work through free hand drawing rather than sculpting. The entire (tiring) sand art process includes a lot of walking, a long stick accompanied by low tide. No measuring aids are used, and the art washes off after the tide comes by.

Winner of the television show Ukraine's Got Talent (2009) and a world renowned artist, Kseniya Simonova is not only a sand artist but graphic artist along with being a philanthropist, film director, and illustrator. She depicted the sand animation story about a couple who got separated due to the World War 2 havoc. Her art moved the audience to tears, and she became an online sensation with more than a million online views. 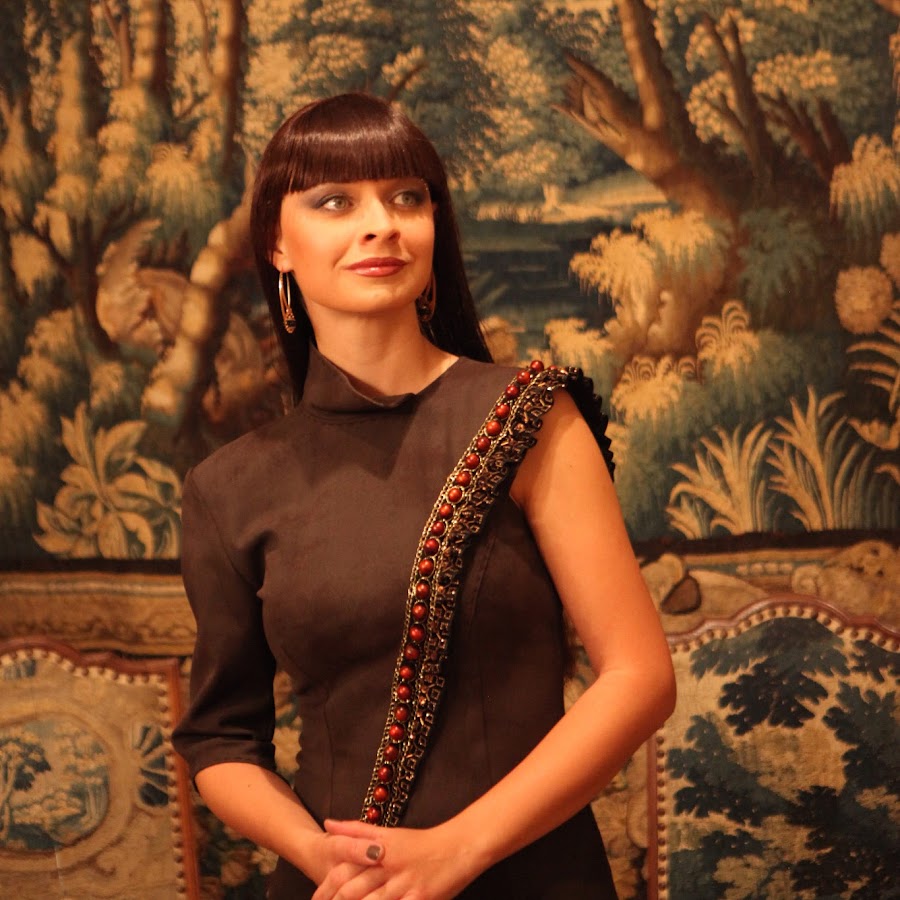 This is a group of professional sculptors who come with a background of design, engineering and fine arts. They mostly carve out the sand art for promotional purposes including brand promotion and for walk-through exhibitions.

This young German sand artist paints with sand and glue. He's 25 and has a pretty expressive work. His unique way of creating sand art includes an adhesive as the base of his canvas which dries off real slow. He has single-handedly reinvented the art form. On top of the glue, he adds black sand to bring out the actual image. This is one form of Navajo sand paintings. It's a skillful art. 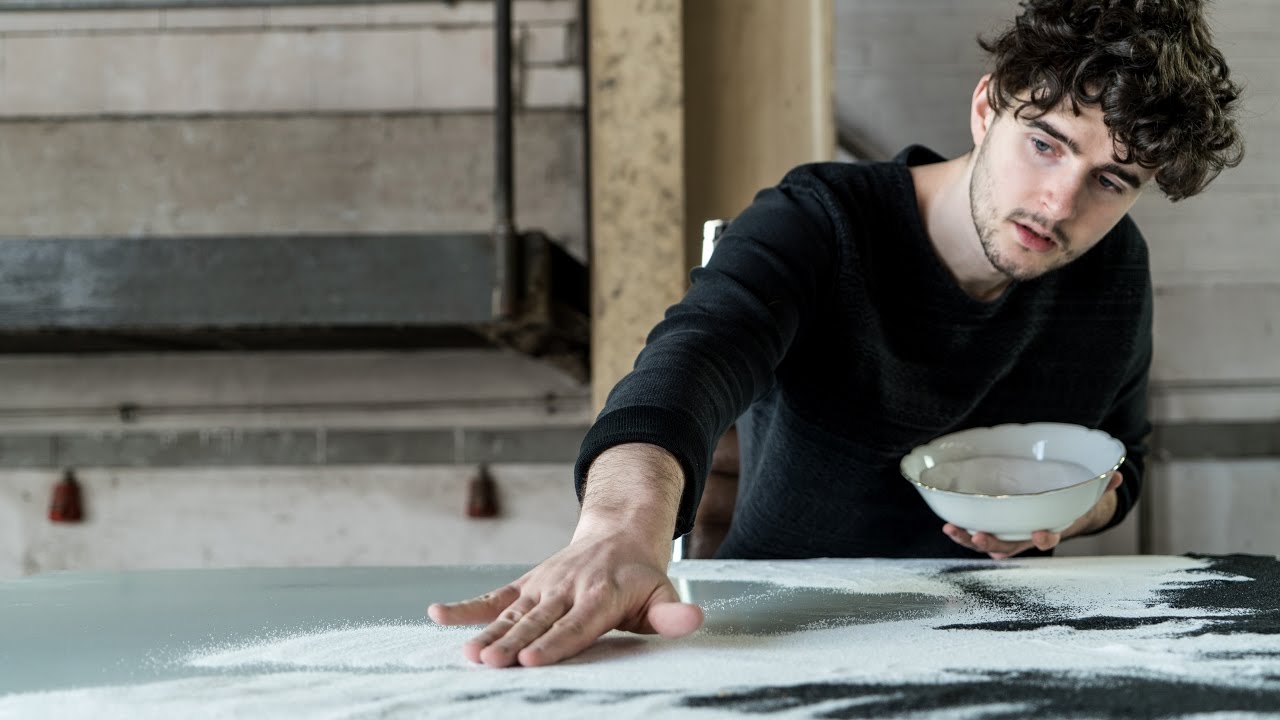 These are some incredible sculptures that a group of three carves out of the sand. The three members are Dan Glover, Martijn Rijerse and Jeroen Meijer who not only work on sand but also create ice and snow sculptures.

Nitish Bharti sand artist is an Indian popular around the globe. He portrays really unique sand animations and has a tremendous story telling ability. He a total entertainer, true performer and depicts multiple themes in live shows. The images created through sand are striking, detailed and leaves a hard hitting impact.

He's amongst the most famous sand artists in the world. Sudarshan Pattnaik is not only a popular name in Odisha but also in the world market. One of his memorable designs is the tallest Santa Claus sculpture which even registered his name in the world records. Another sculpture that gained him respect was the Padma Shri Award for his stunning and realistic sand arts. 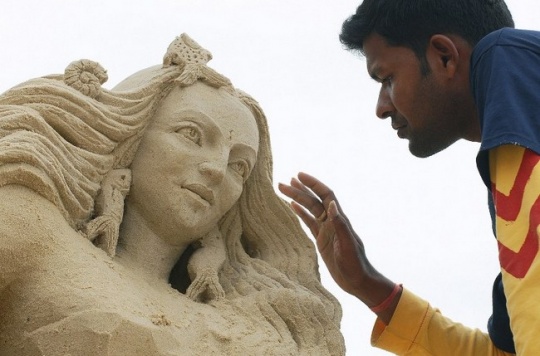 India’s Got Talent Khoj-2 was the show where Manas Kumar Sahoo got the limelight. He was also a participant at the Dubai International Talent Hunt in the year 2011. In a very short time period, his sand art got the much-needed appreciation along with both national and international fame. He's been awarded the Rashtriya Ratna, Bharat Excellence, and Youth Inspiration Award. 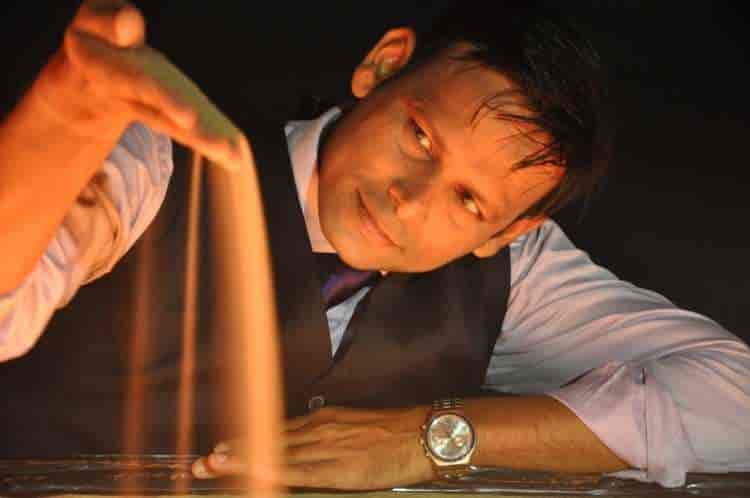 He's an internationally acclaimed sand artist showcasing his art on various Indian television channels. From private to corporate and Bollywood, Rahul Arya has performed 500+ shows around the globe along with 1000+ live shows. In his fortune bag are 1 Million+ online views, 24 prestigious awards, 4 movies and 7 television shows. At the South Asian Games in Guwahati, Rahul Arya inaugurated one of his sand arts in front of the Indian Prime Minister Narendra Modi.

Kaushik is amongst the most celebrated sand artists around the world. With utmost precision, Kaushik combines Bengali folk art and other traditional styles with European touches making it contemporary. He portrays motivational, spiritual and mythological along with socially-centered stories through his sand animation.

Liked what you just read? Want to read more such interesting and informational stuff? Let us know through the comment section below. We would love to hear from you!