Why is Mona Lisa so Famous? Who Painted it?

We live in a creative world where innovations are taking place at an uncontrollable rate. There are numerous paintings in the world created by different artists which have caught our eye and the attention of our hearts. One of such paintings of which are going to talk about is the world famed oil painting of Mona Lisa created by the Italian painter, namely, Leonardo Da Vinci.

He was a draftsman, sculptor, architect, and engineer who painted the famous painting between 1503-1519 when he resided in Florence. The painting now hangs in Louvre in Paris where it is kept as an object of pilgrimage in the 21st century. In the painting, the woman’s puzzling smile and her unidentified identity have made the masterpiece a viable source of prevailing investigation.

Mona Lisa is one of the most pivotal paintings of the world. It featured in the Guinness World Record for having highest insurance value worth one hundred million dollars in the year 1962. But, who was Mona Lisa? The painting is contemplated to be a portrait of Lisa Gherardini, the wife of Francesco del Giocondo, and is in oil on a white Lombardy poplar panel. Many historians believe that Francesco got the painting made for their new house at the birth of Andrea, who was their second child. 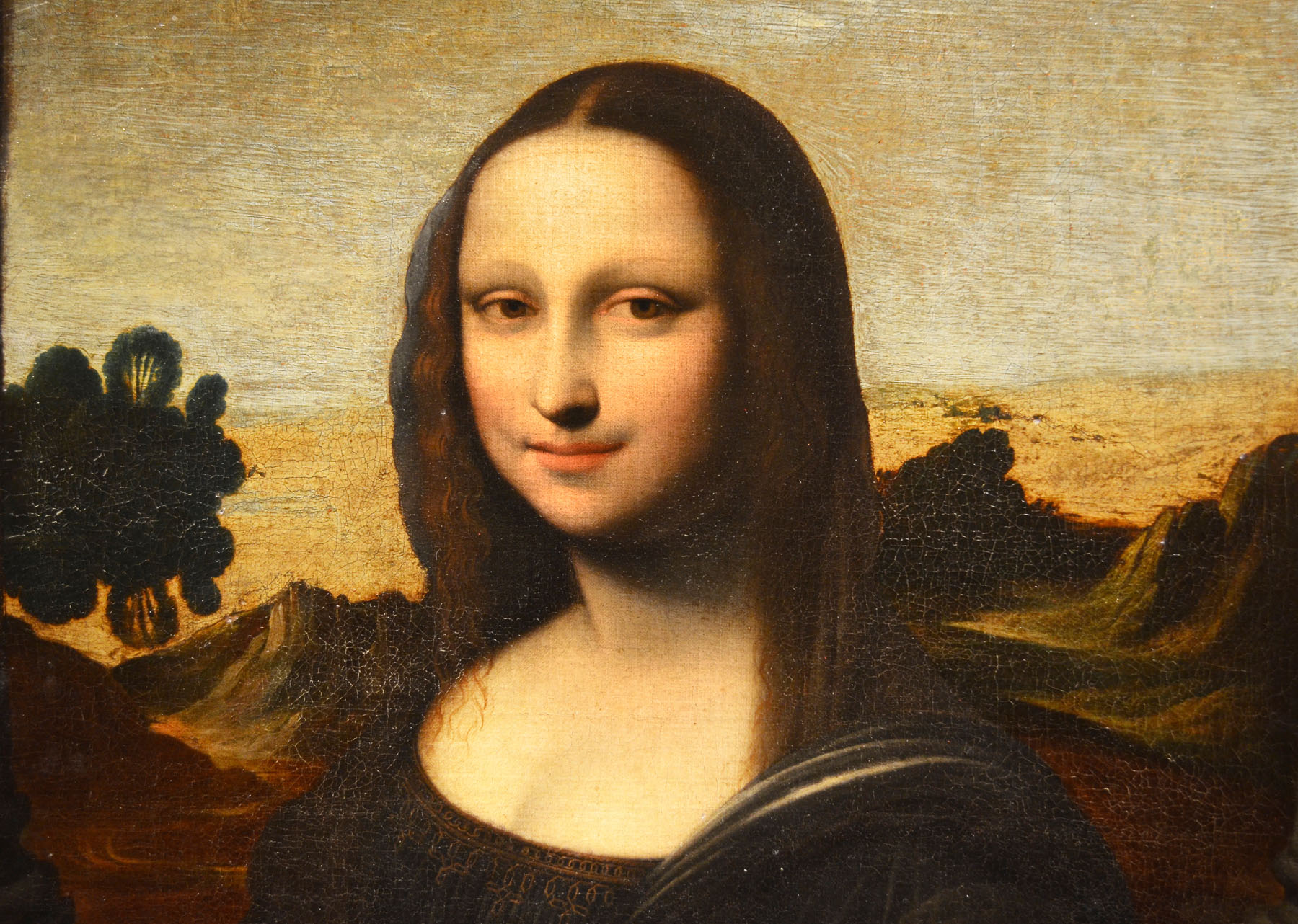 In the unfortunate year of 1911, the painting was stolen by a diabolic employee of Louvre with the name Vincenzo Peruggia. He was one of the Italian patriots who anticipated that the painting should be given back to Italy for display. He was not caught until he tried to sell the painting to a gallery in Florence. Before selling it, he kept it at his residence for the time period of two years.

Also, you must know that the painting of Mona Lisa faced several attempts of vandalism in the late 1950’s due to which it suffered some damages. Thanks to the modern technology which helped in rectifying the damages. Don’t worry! The painting will surely stay with us for many more years since it is now protected by a bulletproof glass in a climate controlled territory.

Did you know that the painting has some secrets imbibed within it? Are you curious enough to know them? We will enlighten you.

The founder of Lumiere technology, namely, Cotte had scanned the masterpiece with a 240-megapixel Multi-spectral Imaging Camera that he had invented. The camera uses 13 wavelengths ranging from ultraviolet light to infrared. The resulting images peel away centuries of varnish and other alterations, throwing light on how the artist brought the painted figure to life and how she appeared to da Vinci and his contemporaries.

When he zoomed in the left eye of Mona Lisa, he found out a single brush stroke in that region. "I am an engineer and scientist, so for me, all have to be logical. It was not logical that Mona Lisa does not have any eyebrows or eyelashes. I discovered one hair of the eyebrow.”, Cotte had said.

Another problem was the way subject’s arm was had been positioned which lies across her stomach. Looking at the arm, Cotte said, that a painter had rendered a subject's arm and wrist in such a position. While other artists had never understood da Vinci's reasoning, they copied it nonetheless.

He also discovered that the pigment behind his right wrist matched up gracefully to the painted cover of the drapes across Mona Lisa’s knee. The forearm and wrist held one side of a blanket. "The wrist of the right hand is up high on the stomach. But if you look deeply in the infrared you understand that she holds a cover with her wrist," Cotte said.

There were also some other revelations which included the lace on her dress, the blanket covering her knees also covered her stomach and more.

Did you find the article interesting? Comment on the box below to share your opinions and views on the information provided. We would love to hear from you!

Was Mona Lisa a real person?

Mona Lisa was a real person. She was the wife of Francesco del Giocondo. But what many are not familiar with is that Mona Lisa was a name which was converted from Ma Donna. It is an Italian name roughly meaning My Lady Lisa. The renowned painting is made by Leonardo Da Vinci. It is said that Mona Lisa did not have eyebrows or eyelashes. Whereas, she had them when Leonardo Da Vinci painted her portrait. Facts suggest that the painting faded with time. The Priceless Painting of Mona Lisa is put in one of the prettiest museums in the world i.e Louvre Museum in Paris and has been viewed by millions. Such that, it has been recorded in the Guinness Book of World record for being the most viewed.

Mona lisa was a real person. She was the wife of Francesco del Giocondo. Mona Lisa was a name which was converted Ma Donna. It is an Italian name roughly means My Lady Lisa. This painting is made by Leonardo Da Vinci. It is said that Mona Lisa doesn’t have eyebrows or eyelashes. Whereas, she had them when Leonardo Da Vinci made her. It has faded with time. His paintings are recognized worldwide. The Priceless Painting of Mona Lisa is put in one of the prettiest prison in the world i.e Louvre Museum in Paris. It has been viewed by millions. It has been recorded in the Guinness Book of World record for being the most viewed.

What is the Best Gift for An Anime Lover?

How To Choose The Modular Home Furniture?

How to Arrange Flowers for Thanksgiving?

Puppetry art is informative and educative.

Is art and design important for us?

What is the reason that Americans hate Canadians?

Why do some people think graffiti is a problem for society?

Is religion of a person given more importance than love?

Does drawing helps to remember or memorize things more better than writing them down?