How to Fire Someone without Feeling Guilty?

What could be the worst part about being a boss? The worst part of being a boss is the task of firing an employee. When you employ someone you give them hopes for a better future. People work because they need to fill their appetite and make a good career. They have responsibilities and duties towards their family which cannot be fulfilled without any monetary assistance. Money is earned by working and when someone is fired, they lose a constant source of income. Every individual does not work for money. Some work for their personal growth. Some people have the yearning to acquire knowledge and therefore they keep looking for opportunities to learn. When such people are fired, they lose interest in learning. Therefore, the task of firing an employee is the most difficult one for the boss.

When an employee is fired, there can be a variety of emotions that they feel. The boss may have to go through several expressions of anger, turmoil, face accusations, allegations and frustration which are quite normal. For some people, they may be living a part of their dream, and when someone takes it away from them, such reactions are quite expected. A boss feels guilty when they have to let go some of the employees who were worthy of the job. But there are some reasons because of which they have to terminate the employee. A lot of companies have policies that do not require them to answer the employee when they fire them. What could be the reasons to fire an employee? The employee could be the reason for their termination. When an employee defies or breaks the company’s laws or policies, then the company has to take some huge steps against the person so that nobody else repeats it. Cheating the company and misconduct in the workplace is not bearable by any company, and therefore the employers fire the employees. There could be other reasons because of which the company decides to terminate the services of an employee. The company may be incurring some losses because of which they may have to fire a few people. According to the Department of Labor, roughly 8.7 million jobs were lost from February 2008 to February 2010, marking the Great Recession in the US. Companies face huge losses during the recession because the market affects the profit and the loss one company earns. To protect the other employees and the company from sinking, the owners take the decision of firing the people from the company. If you are a boss, then you should know how to fire someone without feeling guilty.

Before you decide to fire someone from the company, you should check their records. Examine the performance of the employee over a year. Has it improved? Did it deteriorate? You must know the facts so that it becomes easier for you to fire the employee. If the employee’s performance has not been good enough, then it will become easier to make them resign. The basis of firing an employee should be based on their performance and conduct at the workplace. If the employee misbehaves or shows improper conduct, then the company may take action against them. They will not be able to question your decision. When you know the reason behind firing them, then you will not feel guilty, and it will benefit you when you track your employee’s performances. You will also know how all of the employees perform. If the person works hard and gets profits for the company, then you could warn them to look after their behavior at the workplace.

#2. Take Feedback From Other Seniors

Dismissing an employee is a huge decision and therefore you should consult all the people related to the person like their manager, the human resources executive, and the Team Leader. Ask for their opinion about the employee, and if they speak against the person, then you can take the next step but if the seniors feel that the person can do better and should be given a chance, then give the person a chance. It is important that you do not let go a person with potential because of a few mistakes can be forgiven if they have not harmed someone. Employees are the quintessential resource for the company because the latter exists and profits from the former's hard work and loyalty towards the company. Keeping the employees content and happy is very vital, so if the other employees are fine with the person being a part of the company, then you could allow them some more time in the company to improve themselves. You will be free from the guilt of firing someone.

#3. Give An Advance Warning

You cannot fire an employee right away. You have to give them a warning or a hint that you may fire them. It is important that you give the employee a chance to improve. Allow the employee some time and notice their attitude and performance during this period. If you do not give the person a warning before them, they will get angry at you when you crack the news. No wonder so many bosses go through aggression of the employee when they are discharged from their duties. It is a great news for a person because their life depends on it. When they hear the news, all the problems of their life start surfacing, and as a result, they feel lost and frustrated. Giving warning will provide the person and the company another opportunity. But if the employee has to be thrown out because of their unethical behavior then just give them the warning, and they will have to serve a notice period before leaving. The employee will have an opportunity to look for a new job during this period. #4. Choose The Right Day And Time

You should choose an appropriate time to talk to the employee. It should not be a special day for them because it would be very rude to break the news to them on a special day. Nobody expects a bad news on a special day. Their day will be spoiled. No matter what day you choose to talk to them their day will be spoiled with the news, but you cannot make it worse by telling them that they are fired on their birthday. Choose the right time to inform them of dismissal of their job. You should talk to them after their work for the day is over so that the news does not affect their work. If you tell them the information right in the morning, then they will not be able to work properly. The thought of being fired and the stress that follows suit will not allow them to work. Their day will be wasted, and therefore they should be informed post working hours. The right time would be when everyone leaves for home so that news does not spread like fire during the office hours. If the news spreads, then the other employees will find a hot gossip topic and they will not work as well. Hence, choose a right time to talk to the employee about it.

#5. Get Straight To The Point

You may be unhappy with the employee’s attitude, but you should keep your calm. Talk to them politely and break the news honestly and clearly. If you become rude, then the employee will start fighting with you because they already would be going through a shock wave upon learning the news. If you get into a fight with the employee, then a scene will be created at the workplace and some people will gossip about it. Your reputation will be at stake because the employee may say something unacceptable about you that others may take seriously. Your image is more important because you will be staying among the other employees and the person will be sent back home.

#7. Listen To The Employee

When you tell the employee about their job status, the employee will have lots of things to say. There will be doubts and accusations. You should stay quiet and listen to the employee’s allegations. Once they are done with speaking, then you can answer their queries one by one. Let them know that you have been observing them for quite a time and their performance has been dropping ever since. Revise the company policies for them so that they do not create a trouble for you before leaving. 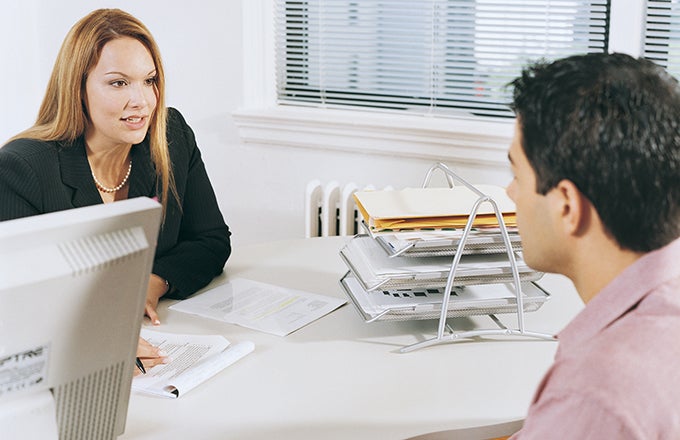 If you found this article beneficial, then share your views with us through the comments section below.

Does working from home increase productivity?

Is it better to work in corporates or start-ups?

How to Answer "What are Your Weaknesses" Question in a Job Interview?

How to build a Strong & Unbeatable Professional Image?

How to Improve your Performance at Work?

How to have a Fulfilling Career?

How to Achieve Work-Life Balance?

How to Turn Down a Job Offer Politely?

What to do When you Do Not like your Boss?