How do Fungi Obtain Energy?

The National Science Foundation classifies fungi as being ‘heterotrophic.’ For those of you who don’t know, being heterotrophic means that they absorb nutrients or energy from other organisms.

This might’ve left you wondering as to how something like fungi, which you can remember picturing as a mushroom, can get energy from other organisms.

So, we decided to tell you how fungi obtain nutrients and energy. Take a look:

How Do Fungi Obtain Energy?

The mechanism of gathering of food and digesting it to produce energy in fungi is similar to that of humans. They can’t produce their own food from light or by carbon fixation, and hence the only option that remains is to depend on other organisms.

Fungi obtain their food by two major ways. The first is that most varieties of fungi are saprophytes- which means that they depend on the dead and decaying matter to get their nutrients. Some others depend on a symbiotic relationship, where they get nutrients from another host organism without harming or killing them. For instance, Lichens are a similar type of composite organisms that emerge out of a symbiotic relationship between algae and fungi.

How Do They Gather Nutrients?

Now that we know the sources of food for fungi, let’s try and understand the process in which they ingest the food and then process it to produce energy and carry out life processes.

Fungi grow through the substrate by extending their hyphae, which later secrete digestive juices to break down the food into smaller bits. The hyphae then enlarge themselves to maximize the area of contact with the substrate to facilitate absorption of food. This way, they get the required energy. 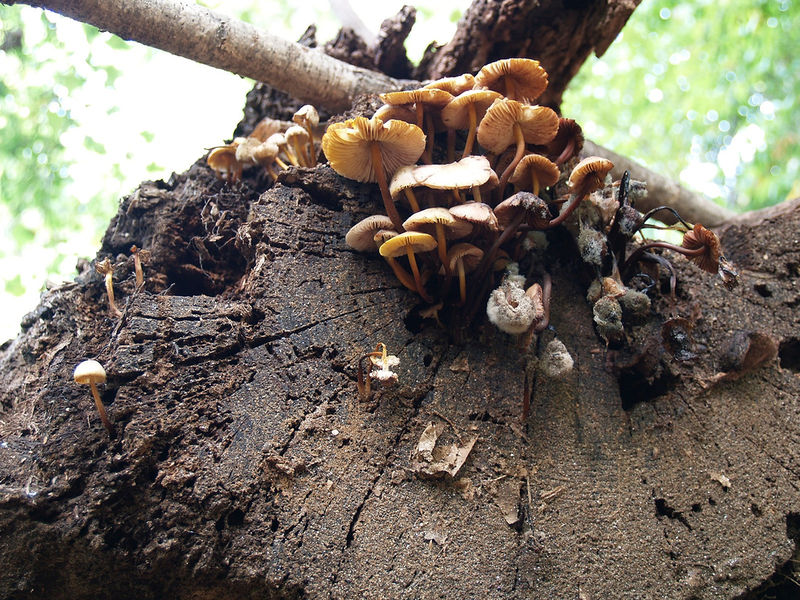 Did you find this article helpful? Let us know in the comments below.