What does 'Did the Groundhog see his Shadow' Mean?

Seers have existed for ages and are very revered for their special powers. They can look past things that the human eye cannot and predict the future. This power is why they are so sought after since time immemorial.

From the time of Caesar who was warned against the dangers that the month of March holds to Nostradamus who has made several true prophecies, seers have made a difference in the world. In the present times too there is an interesting seer that is very sought after. His name is Punxsutawney Phil and this ‘seer of seers’ is actually a groundhog.

There is an old German legend that says that if a groundhog sees his shadow then winter would last for another six weeks. This happens when the animal sees his shadow on a particular date which is February 2. If he does not see his shadow, then spring comes early. This somewhat of a pseudo-holiday which is also a celebration started in European folklore but back then it was badger day. The German immigrants that settled in Pennsylvania couldn't find badgers so. Instead, they started using groundhogs.This is what the history of a groundhog seeing his shadow originated from. This does not affect the calendar date in anyways and spring officially starts right when it does every year which is March 20th, on the vernal equinox. 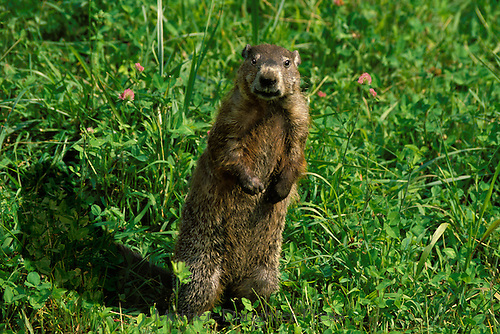 Each 'Groundhog Day' at Gobbler's Knob in Punxsutawney, Pennsylvania, people gather around to see the star of the season, the famous seer, Phil. They wait with bated breath in the severe cold to see if there is going to be 6 weeks more of winters or spring will be arriving early. Phil is a huge star but he is not the only metrologist making forecasts, there are some other local groundhogs as well who provide weather forecasts. These local meteorologists are Holtsville Hal, Malverne Mel, and Staten Island Chuck. The one to interpret what Phil is saying is none other than his handler. The handler can easily tell what the noted seer is trying to say and since 1887, Phil has predicted an extended winter 100 times and an early spring just 17 times. According to claims, Phil has never predicted incorrectly and his being wrong can be blamed on incorrect translation.

What are your thoughts on this bizarre but interesting tradition? Do you think there is a logical reason why people used badgers or groundhog to check the weather? Leave us your opinion on the same in the comment box below.

Show result before you give your opinion
6 Votes