How to assemble a TV Stand with Mount?

The days of the huge CRT TV sets are long gone and LCD, LED and plasma TVs are here to offer us an unparalleled viewing experience. If you have just bought a big-screen TV, the first thing you have to decide is where to put it, and the next thing is what kind of mount you wish to use.

Believe it or not, but there are several TV stands available in the market. Whether you are going for a wall mount or a simple stand to place your idiot box on a table or desk, the options are myriad. These affect not only the aesthetics of the interiors but also the functionality.

Once you have zeroed in on the type of mount you wish to use, the next thing is to assemble it, and that is where we come in. Though you can call in a handyman or an electrician to do it for you, it is a fairly easy task that you can complete without a professional’s help.

How To Assemble A TV Stand With Mount?

Once you have bought the wall mount that you wish to use, this is how you fix your TV on the wall:

The first thing to do now is to detach the base which might be attached to it. There must be a few screws that you need to take off, for detaching it. If it is already separated, then you can skip to the next step.

#2. Attach The Back Bracket

The next step is to mount the bracket on the back of the TV. Behind the TV, there must be four holes that are there so the bracket can be attached. The screws that you need to do the same are often provided with the mount. Make sure that you do not put too much force on the electronic device with your hand or the screwdriver.

You can put your flat-screen face down on a soft surface to do the same. However, some manufacturers require you to keep the gadget always in the upright position, so it would be better to consult the user manual once.

#3. Putting The Wall Bracket On The Wall

Once the bracket has been attached to the back of the TV, the next step is to put the other half of the mount in its position. Start by placing the mount off the wall where it is supposed to go and mark the studs with a pencil. Now, using a drill, dig two holes in the wall so you can mix the bracket on the wall using screws.

You may need the help of another person for this next step as now you need to mount the bracket on the wall. Place the bracket on the studs, making sure that it is in the exact position it is supposed to be in and fix it using screws. Make sure that the bracket you have just attached is sturdy and capable of bearing the weight of the TV. 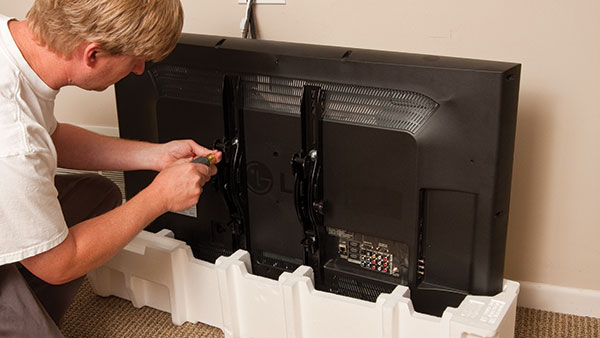 #4. Hanging The TV On The Wall

The next and the final step is to attach the two mounts together, and you are again going to need the help of another person. Pick the TV up and hang it where it is supposed to go before tightening the screws of the brackets. Before letting go of the TV set entirely, ensure that the wall bracket is holding up the weight of the TV.

Once the LCD or LED has been mounted on the wall, attach the cables in their respective spots and switch it on. 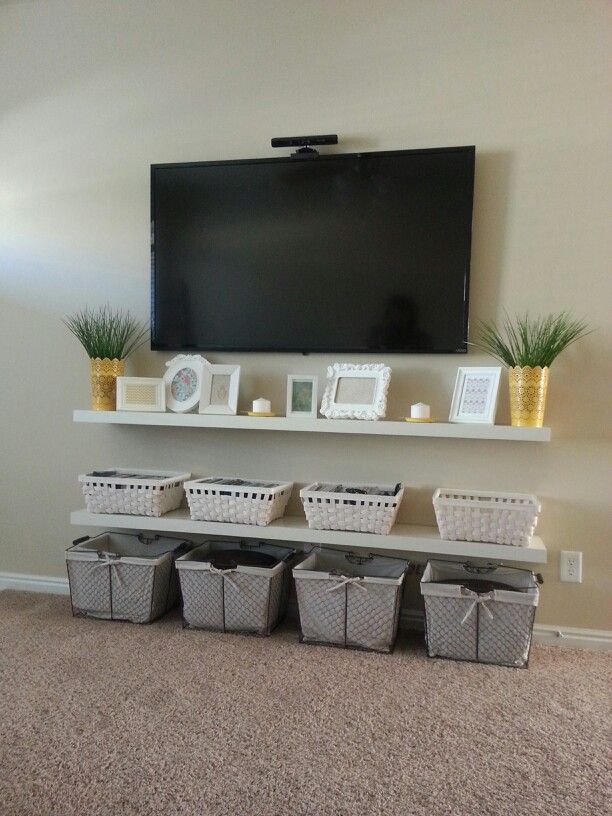 Well, simple, isn’t it? Which step of mounting a TV on the wall do you find the most difficult or challenging? Do you do it yourself or call in a handyman for assistance? Tell us through your comments below. We would love to hear from you.

Everything You Need To Know About Sky GO

Which TV has Better HD Display: LED or LCD?

Should businesses install UPS devices for securing their servers and computers?

Can you depend on microwave cooking?

Which country has the best healthcare insurance system in the world?

Which washing machine would you prefer to buy?

Differences between AC and DC

What according to you is the most useful appliance needed in the kitchen?