How to Handle a Micromanaging Boss?

There are two major things that drive an employee in a workplace: the fear of failure, or the need to perform. While monetary benefits and other appraisals are surely things that every employee works for, the aforementioned two things are perhaps the biggest reasons that keep professionals glued at their desk at all times.

However, in a scenario, when a similar employee is promoted to become a manager, then things can get real tricky. First, an employee’s innate tendency to work in order to minimize failure and sheer will to perform makes him a manager who is always sticking his/her nose in the work of subordinates. And often times, an employee is trusted to be the manager of a team when he/she is not ready to take up the added responsibility.

We understand that it might be hard to digest this, but sometimes, certain positions call for micromanagement. Your boss might not be the shrewd person you all think he is, but simply behaves in a certain way only because micromanaging is often the only way forward. Professional environments are driven by deadlines, and there is always an urgency to fulfill and deliver according to high expectations, and that can leave your boss with no other option but to stand by employees.

Apart from that, there are always those employees who don’t understand what professionalism is. They don’t take their work seriously, and for them, work is just a way to earn some money. If you happen to have a few coworkers who belong to that category, your boss has no other option but to micromanage.

It can get tough dealing with a micromanaging boss, but sometimes all you can do is to be patient and give your boss time. If your boss or manager is new to his role, then chances are that he is driven by performance anxiety. New managers often don’t have a sense of the workflow of an office, and it generally will take them some time to settle in. You as employees, have to make sure that your new boss feels right at home from day one.

Familiarity can change a lot in the grand scheme of things. Let your boss become familiar with his employees and their level of competencies. You’ll be amazed to see once your boss gets familiar with the workflow, he will no longer be a micromanaging boss.

If you feel that you have waited for enough, and your boss is still micromanaging, it is perhaps time to have a heart-to-heart conversation with him. However, before you decide to do that, you need to have a sense of the source that makes your boss micromanage. As discussed above, there are generally three sources: fear of failure, need for performance, and unfamiliarity with any other management type. While the latter of the three would be the toughest to address, you can talk about the former two easily. If your micromanaging boss has a fear of failure, you can always let him know that you as employees got his back at all times. You have to make him believe in your abilities as an individual so that he can start trusting you. If your boss wants performance from you, then give him just that. Keep performing positively for a few months, and then let your boss know that you can handle things and don’t want constant supervision at all times.

Unfortunately, if you have a boss who feels incompetent, then you have a problem. But fortunately, there is a way in which you can change that. Incompetent people suffer from an inferiority complex, and that can make them into micromanaging bosses; the only reason behind that being the anxiety to give results. When an incompetent person is handed the responsibility to lead a team, it spells doom for his subordinates. 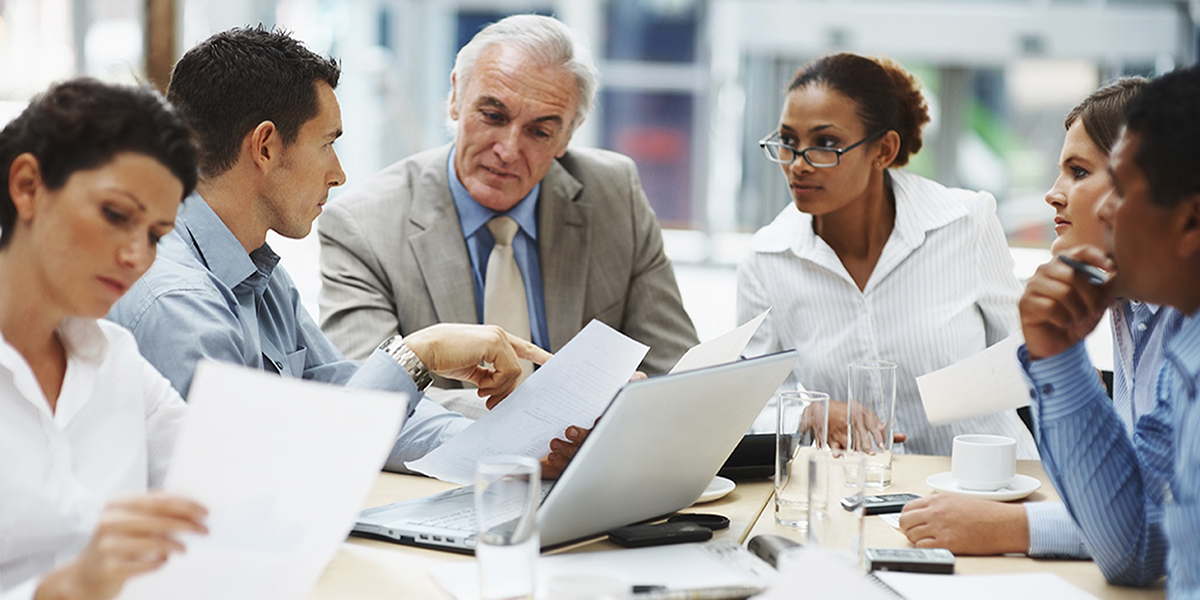 However, if you happen to have a similar boss, all you have to do is to make him look good in front of others. Erase away any sense of insecurity that he might have by seeking for help and advice. When you seek counsel from your micromanaging boss, it means that you trust him and see him as someone whose advice is valuable to you. With time, your micromanaging boss might give you more freedom.

Micromanagers are often wary of not being able to answer certain things regarding the project that they’re heading. It is due to this that they stick their noses in every affair and are always standing on employees’ head. In order to avoid that, always keep your boss updated about the proceedings and the achievements that you’re making as a team.

Never surprise him by not telling him something that he had to know. Just keep him posted and keep him busy. You’ll see that in a short time, your boss will leave his micromanaging habits.

If it has been a while that you’ve been micromanaged by your boss, then you certainly know what he demands from you. Start being proactive and anticipate what might be going on in your boss’ head. If he wants the reports, give them to him even before he asks for them. This way, you can leave an impression of being trustworthy, and your micromanaging boss might spare you of the claustrophobia. 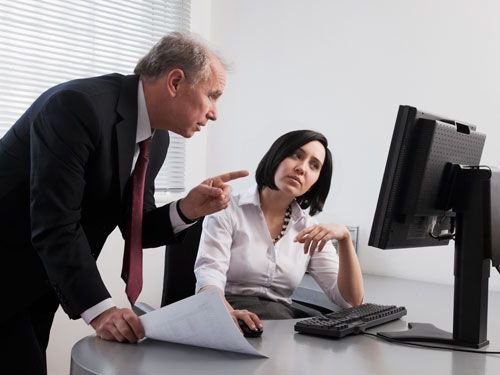 Apart from that, if you ever have a clash with your boss, always demonstrate a sense of empathy. Be proactive in sharing the blame and discuss ways with your boss to avoid such clashes in the future.

If it has been a few months that you’ve been patient, understanding, proactive, and empathetic, and you’re yet to see the slightest sign of change in your boss, then perhaps it is about time for you to consider moving on. It is natural that no one wants to work with a micromanaging boss and it is absolutely fine to consider a job change if all your efforts to change your boss’ nature have failed.

However, always remember that you will always come across micromanagers, no matter where you go in your life. But, that shouldn’t stop you from seeking a new job elsewhere. While quitting should be your last discourse, you should never be afraid of doing that if time demands.

So, there you have it. We understand that dealing with micromanaging bosses every day can be quite a task. However, keeping that very misery in mind, we wrote this article with the hope of helping you out with your micromanaging boss. If you found this article informative, let us know in the comments below. We’d love to hear from you.

Do you have a Micromanaging Boss?

Your work space is a place that you have to go almost every day. Due to this, it becomes extremely important that you are surrounded by positive and competent people. However, I do understand what it is like to work with a boss who loves to micromanage. Every employee wants a sense of freedom at work and that becomes just impossible with a micromanaging boss around.

I do agree with the fact that fear of failure, and a need to perform might turn anyone into a micromanaging boss, but people fail to attribute the fact that mostly incompetent people convert into micromanagers.

I do commend the ways that the writer has suggested in this article to deal with a micromanager. We often forget what someone else is going through and the least we can do is to give people a chance. Like the writer mentions, a boss might have become a micromanager because he/she is relatively new to the position and lacks prior experience. In that case, it becomes the responsibility of every employee to make their boss feel right at home. Being patient with micromanagers is another great way of dealing with them. Give them the time to settle in and understand the way things work in your office.

As the writer points out, your micromanaging boss will always appreciate you if you make him look good in front of his bosses. Gain his trust, and life will eventually become easy for you. In the end, I also recommend strongly to consider changing your job if your boss refuses to change his behavior despite all your efforts. Don’t be afraid of quitting. Everything has to come to an end one day, and your job is no different.

​
How to deal with manipulative colleague?

Whether it's workplace bullying or workplace manipulation, by a coworker or your manager,
none of them is morally correct. Both practices within a workplace is a threat to the work culture
of an organization. If you think you're suffering from any of the two things, don't hold back and
put up a fight.

Let me share a personal example from my last job. We were a 10 guy team- half of them
worked in a different shift, and the other half in different shift. Everything was going well until our
ex-manager started poking his nose in the matters of our team. He wasn't supposed to do that,
nor is it correct to influence someone to work according to you. Our team had our manager, but
the guy was still taken as the real manager. What happened was, the guy started yelling on
three-four of us who were managing most of the things, that too in front of everyone. It started
with one of my colleague; he started forcing our manager to increase our targets which was
already high. Some of us raised our voices against it, which lead us to more humiliation.

We complained to the HR to sort the things, and she called us for a meeting. He, very smartly
proved himself correct by claiming his demands to be fair, and in favor of the company. As a
result, I resigned the very next moment.

But, I was asked to take it back and was promised that the matter will be taken care of. For
some time, the things were good but then our manager left and the things were directly under
'the guy's control. Now, the same things started again and we were overwhelmed by the
pressure this time. We decided to quit for sure this time, but we were not ready to let the guy get
away with his works. We drafted an email, kept everyone in CC and mentioned everything that
happened and sent it with our resignation letters. The next day, before we left, the guy
apologized for his behavior. Moreover, we didn't stop it there, we took to all the review websites
and posted a review of the company.

Conclusion: If you're being humiliated by some manipulator, make his/her life worst. I believe on
tit for tat, thus, if he/she is making your life worse, do the same thing with them- start with the
official procedure, then take the extreme steps if necessary.

5 Ways to Use Media and Technology in Learning

What would be preferable Glass or Ceramic

How to Inspire People?

How to Achieve your Dreams?

How to be a Good Role model?

What is the Best Way to Spend your Gap Year?