How Fast & Far Do Bullets Travel?

However, have we ever thought, as to what the real speed of a bullet is when it leaves the gun? And how far does it actually travel? What are the factors that determine its speed and distance?

In this article, we try to find answers to all these questions. So, get on board.

To know how a bullet is actually fired from a gun and as to what velocity it acquires when fired, let’s first see what a bullet is made up of. There are three main components to a bullet: the primer, the propellant, and the bullet metal. When the trigger of a gun is pulled, it hits a spring that in turn goes and hits the back of the bullet and ignites the primer. This leads to a chemical reaction and burns the propellant which eventually provides the necessary chemical energy for the bullet to escape the gun.

Speed Of A Bullet 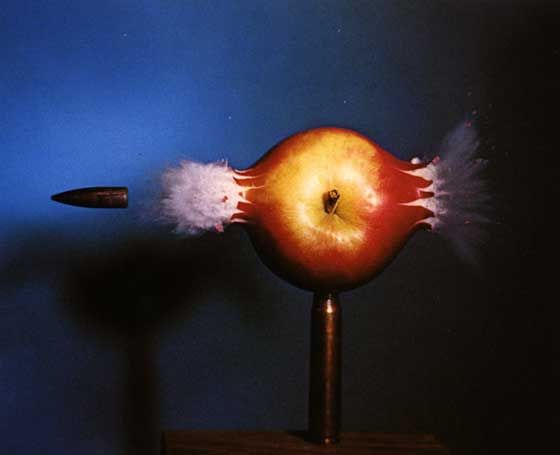 How Far Does A Bullet Travel?

Now, with a speed of a bullet like that, it would be fairly easy to say that bullets should travel at least 100-150 miles. However, that is not the case. The maximum distance that a bullet can go lies anywhere between 2-3 miles. But, why is that despite such velocity, bullets fail to travel their theoretical distances? Factors That Oppose A Bullet

There are two factors that come in to play here: first is gravity and the second is resistance from the air, also called drag. These vector forces provide fiction to the bullet and the reason that bullets fail to traverse long distances is mainly due to its high speed! Yes, due to the bullets high velocity, gravity tends to pull it harder in order to cancel out the forces whereas the drag is directly proportional to the speed of the bullet.

Also, there is a considerable deviation in the path of a bullet. We all think that bullets travel in a straight line, which is just not true. Due to the gravitational pull and the opposing air resistance, bullets tend to deviate from their paths, and that further has an impact on the distance they can cover.

So, there you have it. Bullets can attain speeds of up to 1,800 mph, but due to opposing vector forces of gravity and drag, they can’t go beyond 3 miles. If you found this article informative, don’t forget to leave a comment below.