How to Learn to Say "NO" without Feeling Guilty?

Everyone is trying to find their Mr. Right and Miss Right. However, very few people are ready to wait for the right person with whom their wavelengths match. Some people get stuck in miserable relationships simply because they say yes to the wrong people.

Why People Say Yes To The Wrong Person?

Some people feel that they are not good enough to be loved. So when someone showers them with care and attention, they brim with happiness. They don’t see whether they feel a strong connection with that person or not if they are compatible. They just jump into the relationship, which turns into a disaster a few weeks later.

The same situation occurs when a girl jumps into a relationship because all her friends are engaged or because she feels insecure to be single.

Why Is It Important To Say No?

You must cultivate the art of saying No because if you say yes to every single person who is attractive and shows an interest in you, you will be heartbroken after a few days.

Ways To Say No:

#1. Say It Directly: Do not over-apologize when you are saying no. Just say it directly and firmly. Then move on.

#2. Take Some Time: Tell the person that you will get back to him in some time. Then, analyze whether the person comes close to your list and if you both are compatible. After you have given the situation a good thought, you can say a ‘no’ confidently.

#3. Do Not Get Burdened By Guilt: Do not start feeling guilty for saying no to someone. Understand that you have just turned down a proposal and that is fine. You did not mistreat the person.

NO, the two characters clubbed together to be used as a denial of any request can be tough to use sometimes.  It's not about  having a good heart or bad heart as we assume generally, but it's about whether the request is appropriate or not.  There will be many situations when you’ll have to say NO, doesn’t matter you like it or not. But, there are some situations where NO is the only thing you should be saying. No means NO, make it sound like you mean it.

Below are two examples of situations when NO should be the only option, no matter how lonely you are and how much pressurized you’re to say YES.

#1. Say NO If He/She Is Not What You Are Expecting

Every one of us is trying to find their Mr. Right and Miss Right in our own ways. Some of us are doing it using marriage portal, some of us are using dating apps, while some are using communities; so no matter which method you're using- you'll come across 99 wrong people before you meet the 100th person who would be right for you.

Patience leads to successful results, but, very few people are ready to wait for the right person with whom their wavelengths match. And in this process of finding the right person, we will have to gather the courage and say NO to few, when we know that the person is not what you're looking for. I can understand that it will hurt, but, the pain will fade away sooner or later. However, if you take the wrong decision, the pain that you'll go through has no remedy till now. It's hard to say NO, especially when you're the kind of person who never disappoints others, but you have to learn it or else you'll regret your whole life.

Some people get stuck in miserable relationships simply because they say yes to the wrong people. And in the entire relationship, all they do is think of and regret the moment they said YES. No matter how small or big decision you're taking, it's better you think over it and be clear with an answer. If it suits you, say YES; but if it doesn't, don't hesitate too much and say NO.

#2. Someone Is Asking You To Do Something That Is Not Correct

We talk about what is right and wrong, we talk about self-esteem and self-confidence, we talk about things which can hurt our morale and kill our soul, but we never talk about how to avoid these things from happening. To be honest, any damage can be repaired with time but only your morale, your soul, and your self-esteem are beyond repair, once they're hurt. Knowing things that can cause a damage to these 'beyond repairable' things, we should avoid any commitment towards these things. No matter who is asking you to do these, when you know you shouldn't be doing it, just say a straight NO. Say it loud enough, again and again, if the persuader doesn't listen.

5 Reasons Why You Need To Say NO, And Get Better At It

If you want some common life examples of the consequences of not saying NO, here they are.

#1. When you say YES to something which deserves a NO, one day other people's’ priorities will start taking over yours and you’ll lose your importance.

#2. Unannounced guest, I am sure nobody likes one when you’re not in the mood, or they are someone who you expect the least to be your guests. Sometimes, some guests are very annoying and they disturb the whole balance in your life, and it’s better to avoid them. But, would you be able to say NO? You have to, for your own peace of mind. Learn to say NO when your mere acquaintances—people we barely know!— ask you if they can come over for the weekend and crowd out your time with family and close friends.

#3. When the weekend's approach, friends start planning for parties and trips, and god knows what all. And, if you keep saying YES to all of them, you’ll not get the the time you need for rest and recovery after a long tiring weekday at work.

#4. You’ll have to say NO to some things, no matter how rude it sounds and makes you look. You’ll end up consuming your entire weekend that you get to free yourself from the work stress, in the end, you will end up frustrated and stressed.

#5. When you get occupied with other things just because you can’t say NO, you’ll not get the time to do the things which are really important for you. You won’t be able to say “YES” to the really important things due to the scarcity of time.

Now, all said and done, the important part is how to say NO without any guilt? We know it can be hard, sometimes it might hurt you more than the others, so we have come up with certain ways where you can say NO without any regret or guilt.

Some things are better said directly than being avoided. If you have a problem with something, don't beat around the bush or offer silly excuses to the person as it will only make things worse rather than helping you.

In ancient times, warriors used to live by codes which made them the way they were, and they were respected for that. No warrior dared to go against the codes unless it was necessary. A person living by codes can be trusted easily because no matter how tough the work is, they will not let you down unless it's against their codes. So, it's better you develop your own codes in life and follow them with life and death. People won't even dare to ask you to do things which are against you if they know you won't go against your codes. It makes things easier for you and keeps you safe from situations where you have to say NO.

It's not a compulsion to respond to requests immediately. If you're being pressurized for a Yes, buy some time and think about the matter, and then respond. Decisions taken in a hurry often lead to serious troubles and it's better to be patient in such cases.

A NO might be rude, but it doesn't always hurt the other person. Sometimes, people or some organizations use manipulative techniques to get their work done, so even if you say NO, it won't hurt them. And, to save yourself from any legal or serious consequences, you should never say NO to such requests. 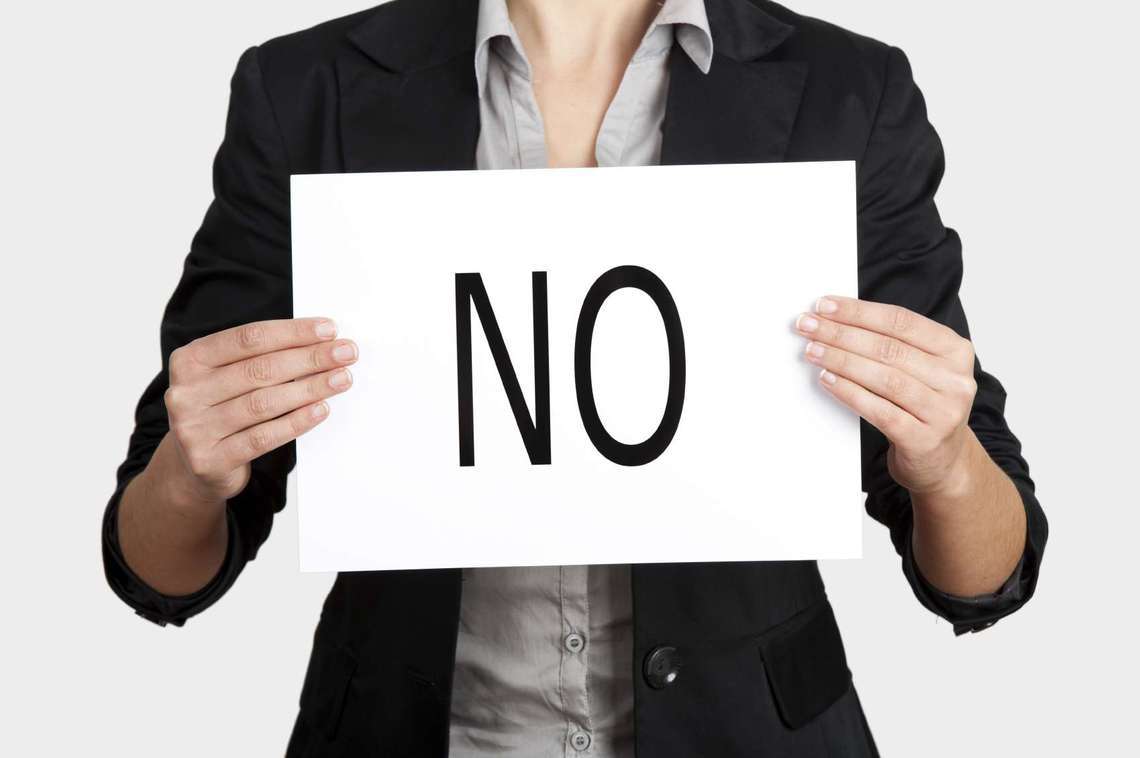 Setting boundaries will help you evaluate the situations and demands, assess and figure out if they are valid or not. So, set boundaries within your relationships. This will help you stay away from any stress that comes with the consequences of saying “no.”

When someone doesn't respect your opinion, you know they're not your true friends or admirer. And, even if your NO hurts them, it's ok. Don't hesitate and stand firm even if they’re uncomfortable.

Sometimes, it gets hard for people to say NO because they don't want to disappoint others or hurt their feelings. Sometimes, some people are born with a good heart and they will choose to bear the pain themselves rather than saying NO to things that they don't want in their life. It's just a matter of life and perspective. No one should be too good and empathic towards others, as a wrong decision always hurt others later, and it hurts badly.

We hope you liked the article. Share your own experiences of situations where you found it hard to say NO, and how you got through the situations. We would love to hear from you, and we are sure it will help others to avoid such situations. Use the comment section, we are all ears.

Do you find it Difficult to Say 'No"?

Show result before you give your opinion
40 Votes