What is the 27th letter of the English Alphabet Series?

How many letters are there in the English alphabet? We all know that the answer to this is 26. It has been taught to us since childhood.

However, would you be surprised if we told you that not very long ago, English used to have 27 letters in its alphabet? Do you know the 27th letter of the English alphabet?

Don’t worry if you don’t as you’re not alone. We are here to tell you all about the 27th letter of the alphabet and how it came into being. Take a look:

The 27th Letter Of English Alphabet

Up until the 19th century, English used to have 27 letters in its alphabet. While this terminated letter is no longer in the alphabet, it is still quite popular, and almost all of us use it every day. We’re talking about the (&) ampersand. Yes! The ampersand was the 27th letter, and all children from 200 years ago would recite an alphabet of 27 letters.

It is quite shocking that the ampersand, which is mostly used as an abbreviation or a punctuation, once used to be such a prominent letter. However, that brings us to the point of why was it included in the alphabet in the first place. Let’s find out. 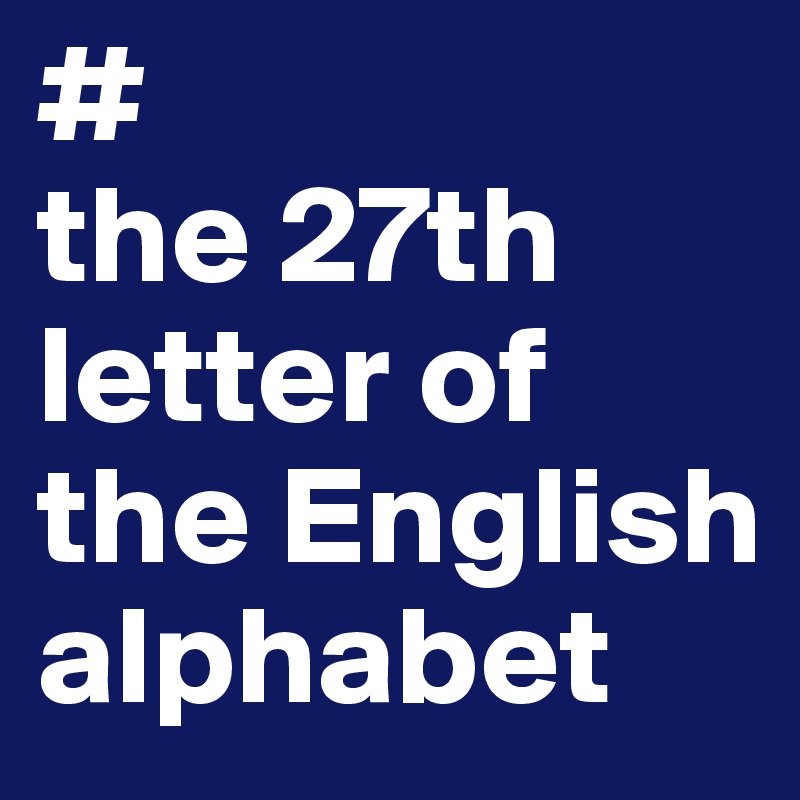 How The 27th Letter Came Into Being

While it is impossible to tell the exact time in history when the ampersand was adopted as the 27th letter, we do have concrete evidence of how it started to come in use. This makes for quite an interesting story. The ampersand was simply called ‘and’ back then, but it made reciting the alphabet tricky and awkward. So, it was then replaced by ‘and by itself and’ which again was a tricky thing to say. So, the ‘by itself’ was substituted by its Latin counterpart per se, that made it ‘and per se and.’ So, now you know that an ampersand is just a distorted form of and per se and. Why the ampersand was included in the alphabet in the first place and why its usage fell out is as good as anyone’s guess. However, this just reminds us that there is so much we still don’t know about the evolution of English as a language. If you found this article informative, let us know in the comments below.

1
Give Your Opinion
Answer

Hi Folks.     It's not only my belief that at some future time, we will add letters to our existing alphabet. I would welcome this, as I use the English language to form the basis of my satire work...

As an example, I change 'private' to pryvat, making a warning not to pry, as an unconscious indicator 'to pry'... I welcome changes or additions, wherever they originate... Rgs. Steve Glover. i & i Art. Newquay.

What are the top e-learning platforms on the web?

Perks of Having a Master’s Degree in Economics

Compare A Online Piano Course To A Private Piano Teacher

What does Out for Delivery Imply?

What are the Pros and Cons of Modern Education System?

Are Accounting & Finance the Same Thing?

Which is the Best Tool for Creating Infographics easily?

Which is the Best Website To Write Essay Papers?