Why do we Celebrate Teacher's Day?

It’s important we all know that Teachers’ Day is celebrated in various nations but on different dates. Teachers’ Day holds significance because of it being the only day where a student can thank their teachers (in schools, colleges or universities) for their constant support and motivation.

Teacher’s Day is usually celebrated by conducting several fun activities for the teachers, where they just need to let their hair down and have a gala time.

We are sure that Teacher’s Day 2017 is going to be no less. But before you begin buying presents for your favorite teachers, take a look at the reasons which lead to the celebration of this day.

What Is Teacher's Day?

The day aims at recognizing and appreciating the contribution of all the teachers towards the societal development. Teaching is, undoubtedly, one of the most responsible and influential professions out of all.

Teachers are responsible for molding the young minds to become responsible citizens in the future, and therefore they deserve a day of respect and love. ‘Teacher’s Day’ is celebrated throughout the world, wherein all the teachers are honored for fulfilling their duties and responsibilities. 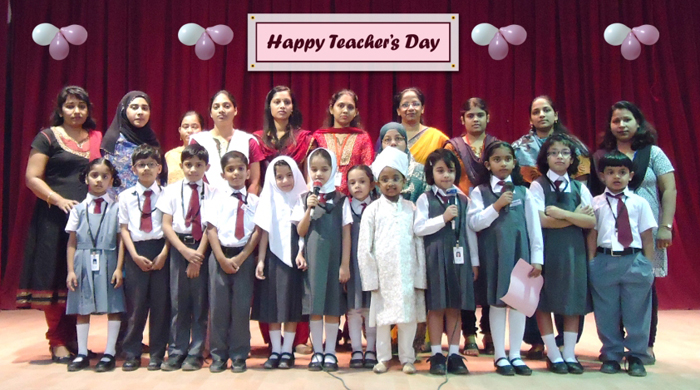 Why We Celebrate Teacher's Day?

Dr. Sarvepalli Radhakrishnan was the second President of the independent India. He was a teacher by profession and a philosopher by heart. The thoughtful teacher, who believed in the power of education, became the reason for the existence of Teacher’s Day. He was born in a poor South Indian Brahmin family, who became one of the most influential and recognized modern thinkers of his time.

He taught philosophy at the Madras Presidency College and was so popular among his students that, at the time of his farewell, his students pulled a flower decked carriage from the university to the railway station.

In India, Teacher’s day is celebrated on 5th September, which marks the birth of Dr. Sarvepalli Radhakrishnan Virswami. While it is celebrated on 5th September in India, USA wishes their teachers in the first week of May while the UK following the festivities on October 5. Teacher’s Day 2017 will mark the 50th year, since the day it was recognized.

It is believed that the students and friends of the much-beloved teacher Dr. Radhakrishnan wished to celebrate his birthday post his Presidentship. Due to his humble nature, the President requested to mark 5th September as ‘Teacher’s Day’ instead of his birthday.

Later, he wrote a book titled ‘Political Thinkers of Modern India’ where he specified the significance of education and teachers especially in a developing democracy like India.

He believes that teachers play a key role in nation building, and therefore they deserve tremendous respect and recognition. He also wrote a book on Bhagavad Gita where he defined a teacher as ‘the one who emphasizes on presentation to converge different currents of thoughts to the same endâ’.

Teachers are supposed to instill useful knowledge in the minds of their students which would help them to become a prosperous and responsible citizen of the country. Teachers impart moral values and social ethics to their students to make them aware and socially conscious. Therefore, every nation celebrates Teacher’s day to pay respect and adoration to all the educators.

Teachers are the ones who inspire, motivate, enlighten and guide their students towards the right path in life. Without teachers, a student’s life is nothing more than a dark cave. Teachers ignite the ability of imagination and creativity in their students which later helps in shaping their bright future. A day dedicated to the ones who bless us with the light of knowledge is well-deserved. How do you celebrate Teacher’s day? Let us know in the comment section below.

Teachers’day is one of the most essential days for a student to treat their teachers with something which can make them feel more special than the usual days. I always treated all my teachers with a rose whether they had taught me or not. Teacher’s day is marked as the birthday of the legendary Dr. SarvapalliRadhakrishnan. What did you do for your teachers? I bet I could have done better!