Why Should we be Proud of Being Indians?

Ours is a land of diversity. India is home to a population of whopping 1.2 billion people, each with an individual identity and vision. Yes, not all is merry and delightful in the land of the Golden bird, but there undoubtedly are great stories to tell.

Stories of a nation so kind that it hasn’t invaded any country in history, stories of a nation where a Sikh guy falls in love with a Bengali girl over a cup of Assamese tea. India is incredible, and we are proud of being Indians.

As the 70th Independence Day of our nation draws closer, here is an article to celebrate the phenomenon that is India. Take a look at some reasons why we are proud of being Indians:

India is the largest democracy in the world and also has the most number of political parties. In fact, its political scenario is so complex that India is often presented as an example whenever democracy is taught to a kid anywhere in the world. People here enjoy the right to vote regardless of their sex, caste, creed or religion. In fact, our voter turnout has been on an exponential increase.

It is a matter of immense pride that the mother of all languages, Sanskrit evolved in India. People who think that Sanskrit is just a high tongue and a medieval language should rethink as Forbes believes it to be the most accurate language for computer software. Media is India’s fourth pillar. India has been a kind land for true and independent journalism to thrive in. In fact, India has the most number of news channels and newspapers than any country in the world. For number hungry people, there are about 90,000 registered newspapers in India.

India is the world’s fastest growing economy. Economists believe that if India’s economy continues to grow at the same rate, it will take over England in terms of GDP, which is particularly funny because it was only 70 years before that the English ruled over India. Sweet revenge. 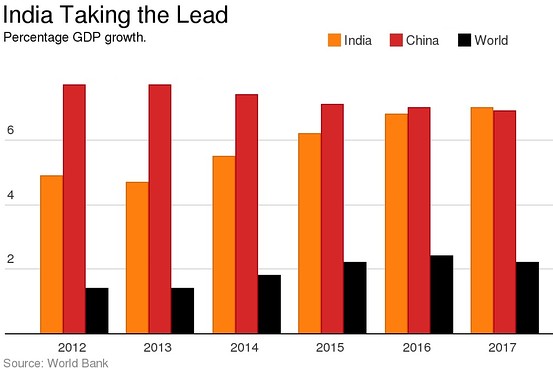 The tech-scene in India is unparalleled. India provides trained professionals in the IT sector across the world and Indian companies like Infosys and TCS are amongst the biggest IT outsourcing companies in the world. Apart from that, 36% of the people working in NASA right now are of Indian origin, and two glorious Indians, Kalpana Chawla, and Sunita Williams have already made it into space.

Another major reason to be proud of being an Indian is India’s youth population. Youth is the future of any nation and India is home to the largest youth population in the entire world. The future of various sectors seems in safe hands with all these young professionals around. India’s film scene is unrivaled. We make the most number of feature films in a calendar year. Countries like the US, UK, and France make fewer films combined. India’s space agency has been smashing it in the recent years. In fact, superpowers like France have approached ISRO to launch their satellites into space. ISRO recently created history in February 2017, when it launched 104 satellites to outer space in a single mission. While we have our own Chess genius in Vishwanathan Anand, many people don’t know that the game itself was invented in India. This is another huge reason to be proud of being an Indian.

Under the able leadership of Indian PM Narendra Modi, there has been an impetus to boost India’s startup industry under the Make in India campaign. Young entrepreneurs are encouraged and provided with all the resources to start a business. In short, it is only a matter of time before India starts being called a hotbed for start-ups. Flipkart and Snapdeal are already leading the way. So, there you have it. These were only a few facts about India that makes one feel proud of being an Indian. The Indian military, the Indian cricket team, among others are the other jewels that India boasts of having. So, if you’re proud of you Indian roots, leave a comment below. Happy Independence Day!