How to Deal with a Loud Person?

According to Lynn Taylor, a national workplace expert, “Loud and talkative coworkers can be one of the most annoying distractions on earth - and, unfortunately, they're pretty common in today's workplace,". So, if you’re privileged or unprivileged with one in your own office or life, below are ten ways you can deal with them.

Dealing with a loud person or dealing with any other situation in your life, this is a universal ‘first thing to do’ advice you must follow. Lack of understanding of the situation or absence of a defined method to deal with any problem leads to frustration. This frustration keeps building up and reaches the saturation point, and people explode like firecrackers. This has to stop, or things will turn bad for you, ruining the entire situation. So, the first thing you have to do is keep yourself calm and think of a solution to get your work done in a constructive manner. #2. Talk To Them Separately

If someone is loud, they probably know that they are, so instead of making them realize the same by addressing the problem publicly, try a man-to-man conversation. Interpersonal communication or a face-to-face conversation is the first step in such cases, especially when the problem is to a single individual rather than a group. This is a personal piece of advice, reaching the HR manager, or the product manager to deal with the issue can deteriorate the situation and your relationship with the person, which would be a bad thing if they are your coworkers or friends.

#3. Build A Relationship With The Individual Causing You Distress

Whether the person in question is your classmate or a co-worker, it's always better to deal with things in a constructive manner. The chances are that you don't have a good relationship with the person or you don't even talk, so, establish rapid rapport with this person. Engage in positive conversation about random things and try to get comfortable with them first by listening and showing genuine concern while confronting the issue at hand. 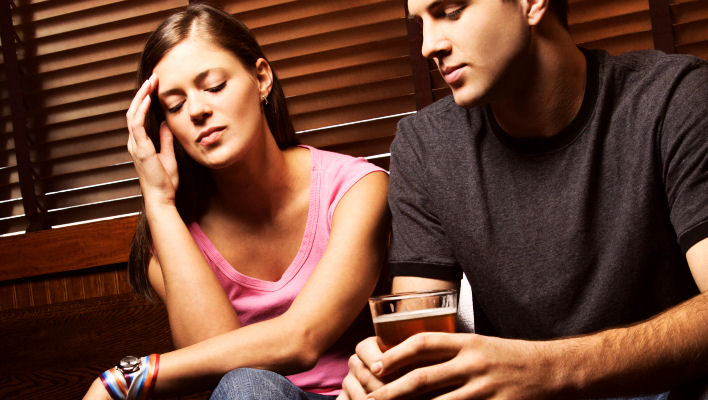 #4. Understand The Problem, If There’s Any

Some people are deliberately loud while some are like that and have been speaking in a high pitch for a long time. So, if the person is doing it deliberately, there’s certainly a problem they are trying to hide, or they are trying to achieve something by intimidating others using their loud voice. Thus, in order to solve a problem, you have to know the problem or probably the reason why people are being loud. If you feel the problem is genuine and you can help them, try and do what you can to help them. It will not only help the loud person, but it will also help you get rid of the real problem.

#5. Try To Change Yourself

If you're the loud guy yourself, you know it's a problem for you and others equally. So, if you’re aware, try to help yourself deal with it. You might not be doing it deliberately, but your voice might be loud enough to irritate people around you and with you, be it in a relationship, friendship, or in the office. It won't happen in a day, things like this take time to happen. Thus, ask the people who you feel are getting annoyed by your voice to bear the problem for a little longer, with an assurance of trying to improve.

If you ever noticed, even the loudest guys talk quietly in a place which is officially a quiet zone: library, hospitals, and other such places. So, how about you introducing an official quiet zone in your office too? Use funny signs and display boards as simple reminders to share the message that certain areas are intended to be places where people can focus and work in peace, so let it be like that. If you're really planning to follow this advice, you have to ensure that there is adequate space in the "official quiet zone," so people can meet to have conversations.

#7. Ignore And Use Headphones

“Ignorance is bliss,” and sometimes it really works. I personally suggest people to use their headphones or their earplugs and tune into their soothing music and avoid the loud guy. Why do I suggest that? Ironically, I am the loud guy in my office, and I can feel your problem very well.

Sometimes it sounds rude, but unless you know the perfect way to deal with the situation, keep your headphones on. The person might be trying to rectify the fault in him/her, and you have to give them time.

Okay! This one might be hard to understand for you, and you might even start appreciating the loud guy if you properly analyze the situation. Sometimes, the loud guy is so because the entire office is loud, but only this guy feels like an annoyance to you because he/she sits next to you. So, this might not actually be a personal problem; this might be the defect in work culture. But, you might over-react to the problem and end up saying some unethical stuff that might hurt the person in question or degrade their self-confidence. So, try not to overreact and analyze the situation intelligently.

#9. Help The Person In Overcoming The Problem

For the benefit of the mankind, someone has to make the sacrifice and step forward to face the situation. So, rather than running away from the loud person, approach the individual, tell them they are loud and help them improve themselves.

Follow up with the constant improvements in the individual to let them know that the plan is working. This will prove as a constant motivation, and they will end up improving themselves. This allows for a compromise along the way. If the solution is working, then you can tell the employee that the issue has been resolved.

#10. Take The Issue To A Higher Level

At the end, if all the tips mentioned above don’t work out, don’t hesitate to take the issue to your manager or the HR representative and deal with it in an official manner.

Loud guys can be annoying, but there are far worse things to deal with in life. And the person might not be the problem; it might be the case that the pitch of their voice is loud and that's the problem, so deal with them effectively.  Also, we can only suggest, but how to deal with a loud guy depends on how you want it to end up. We hope you liked the article. Let us know if you have any suggestions for us, or regarding the article using the comment section, and we’ll share it with the world.

How to break Bad News to People?

How to be Life of the Party ?

How to Deal with a Kleptomaniac Kid?

Why do you need to Mind your Own Business?

How to Stop being a Loser?

What do you do when People Give you Advice that you Never Asked for?

How to Deal with Toxic Parents?

How to Start a Conversation with a Girl?

Does Sitting Posture Affect your Health?