How to Deal with a Kleptomaniac Kid?

A kleptomaniac is someone who has the constant urge to steal things, and they do it for reasons other than personal use or financial profits. In simple words, kleptomania is a disorder where people feel good when they pick up things from stores without paying. If we look at its characteristics, it turns out to be a lot similar to OCD (Obsessive Compulsive Disorder).

Kleptomaniac children tend to take things with little or no significance mostly like paper clips, pens, small toys, etc. This usually starts when they are of small age. They pick things as they are mentally unstable not with the intention of stealing. Child development experts have observed these common things in kleptomaniac children -

2 - 4 Years: Children of such small age cannot be thieves. They happen to take things of someone else because they haven't yet learned the distinction of mine vs yours. They do not know that they have to ask before taking something and then return it. 5 - 8 Years: By this age, the children are aware of taking ownership of things. So if they are taking something that is not theirs, they will never agree that they did it when asked. In fact, they are at an age, where they want to know what happens if they are caught doing something wrong. It is a really tender age and they should be taught properly.

8 Years And Plus: If kids of this age are stealing, you should be worried about drug and drinking habits already. This is the age group where children do not stop stealing even after being corrected. They steal out of anger or anxiousness. They should be dealt with utmost care and taught the right thing.

How To Identify A Kleptomaniac Child?

They have disorders involving mood, impulse control, eating, etc.  The kids with kleptomania also display no feeling of anger during stealing. This disorder makes them feel euphoric after getting the stolen object. The kids who have kleptomania usually also go through the inferiority complex. 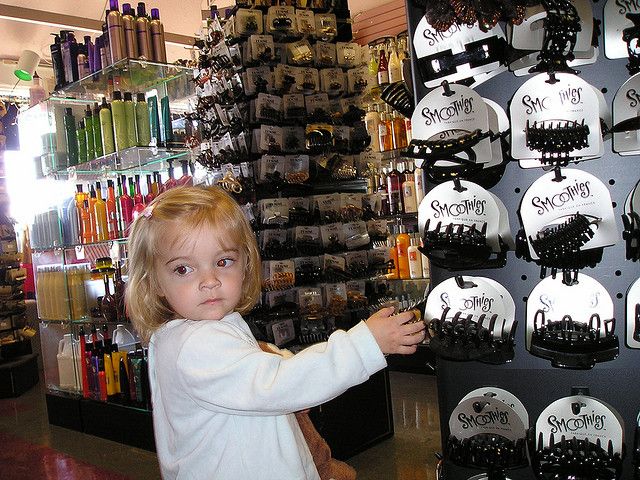 Kleptomaniacs complain of lack of attention. The child starts stealing things as a method to draw parent's attention because little attention is better than no attention at all. And once you have given the attention, the child will steal everytime they feel the lack of attention lurking inside them. Parents who are busy with work most of the time and do not get to spend time with their child also affects the basic psyche of a little kid. Therefore, the child ends up trying to get their parent's time. Often times, the child feels unloved due to lack of emotional support provided to them. This is another cause that makes your child a kleptomaniac. Kleptomaniac steals because they are jealous of a sibling. The child tends to impress you because according to them, the other sibling has done something to make you feel happy too. They just want an equal attention span as their siblings and steal to get your eyes on them. You might not be at fault here because you divide your attention according to the needs of every child. But the child feels ignored for a huge part of life and therefore acts out of guts.

The child might have broken a few things, and now a pattern is formed where the child gets the blame if anything bad happens in the house. Irrespective of the fact who did it, the child's name pops up. So the child lets the stealing to continue what everyone thinks he/she has. Or maybe the child is just getting even for being insulted and blamed wrongly. The child feels that injustice has been done on your part and that it should be corrected.

The child might be stealing because there are others around who are doing the same thing. Maybe they are just trying to be a part of the gang who are into stealing too. The people who you spend most of your time with matter a lot and they have a huge influence on who you grow up to be. If the people around are stealing things from people, you learn from them and start imitating the same. If not, they won't consider you as a part of their group. So, because of the pressure of living up to the expectations of friends, the child starts stealing too.

The child loves the feeling of adrenaline rushing through when about to steal something. The adventure of avoiding getting caught is fun worthy, and therefore the child does the stealing. Different people love doing different things and enjoy that feeling of butterflies tickling inside them. With kleptomaniacs, it is the love of getting things from people and the emotional surge is something that they repeat stealing for. 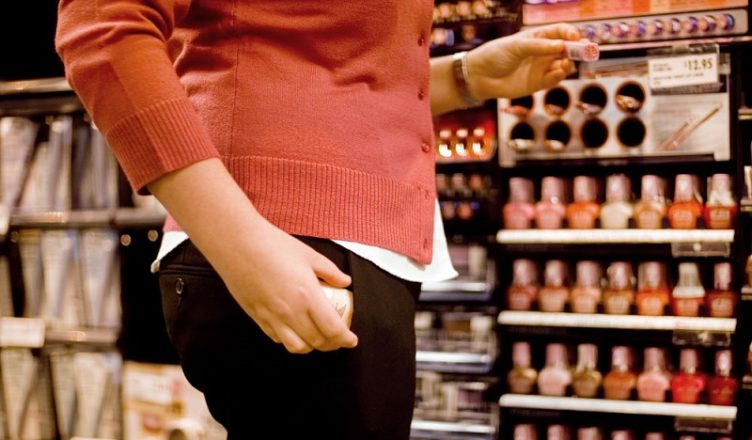 How To Deal With A Kleptomaniac Child?

It is very important to know the reason why the child is stealing. Once you know the motive, the problem of stealing can be easily eradicated. Does the child feel an emotional high, the thrill, and excitement of doing something forbidden or does it for some other reason? Does the child feel thrilled before the theft and relieved after getting the object of desire? The child might be feeling different when they steal as if they are not themselves. It is essential to find out the motive of stealing repeatedly. In the motive lies the answer to curing kleptomania in your child.

Find out from where your child stole that particular thing and make them understand the meaning of belongingness. Teach them that it is not good to take things from people prior their permission. Let them know that they should not be picking up something from the stores. About the things they have stolen, make them return it to the rightful owner and apology is crucial. Apologizing will make them understand that it is something wrong that they are doing here. Also going back to the owner with an apology is something that they will not like doing for a long time. This might motivate them to stop stealing altogether. #3. Viewpoint Of The Victim

When the child accepts that they have stolen the object from a particular person or place, let them know how the victim feels after being robbed. Let your child know that the owner spent money on the thing because they needed it and now that it is stolen, they will feel bad about it. If the child is stealing from some outlet or store, tell them that shoplifting causes you to pay more for the stolen product. The child will understand that it is not a good deal for you. You can also mention that the child is hurting everybody in the family by losing the extra money for stealing.

As we mentioned earlier, some of the reasons of kids being kleptomaniacs is trying to find attention and approval. You should have a conversation with your child alone where you ask them about what they feel and if something is going wrong in their life. The child will not respond unless you keep the conversation going. It may take a long time before the child shares the reason with you. You have to play proactively here in the conversation with your child. Ask them what drives them to continue stealing. Do not mock them for their feelings and reasons. Tell them that you understand them and that you are there to help them through this.

You should give some strict punishments to the child in order to teach them the consequences of stealing again. You can make them pay the price of the thing that they have stolen. But do not lend the money to the child. Make them earn it by doing the house chores and then paying it back to the owner. This way they won't get into the habit of stealing things they can't afford. If needed you can also take something away from the child values the most to let them know how it feels something they own is taken away. It can be anything like computer games, cellphone, internet etc. This will definitely make them stop stealing.

You should remember that no matter what the reason is, your child should not think that stealing is okay. Figure out what the reason is and you can also take professional help if it takes that. But always make the child learn the lesson of not stealing and make them realize the consequences.

If there is something we are missing on how to deal with stealing habits of kleptomaniac children, let us know in the comment section below. You can also share any personal experiences you have with a stealing child.

How to break Bad News to People?

How to be Life of the Party ?

Why do you need to Mind your Own Business?

How to Stop being a Loser?

What do you do when People Give you Advice that you Never Asked for?

How to Deal with a Loud Person?

How to Deal with Toxic Parents?

How to Start a Conversation with a Girl?

Does Sitting Posture Affect your Health?