How to Handle Unprofessional Behavior in the Workplace?

Other than workplace bullies, unprofessional people make the workplace a nightmare. And, you should take proper actions against it if you feel you're being targeted. Don't keep quiet, protest against it.

Below are some ways you can deal with unprofessional people at your workplace.

#1. Listen And Try To Understand

As a manager, managing difficult behavior gets messy sometimes, and it is often said that the best way to tackle a problem is to understand the problem clearly. So, if there is an unprofessional employee in the office and you're their manager, listen to them with patience. The idea can be a little annoying, but it's better to end the entire rivalry from the root cause.

Moreover, being the manager or even a responsible employee of the company, you should first try to solve the problem yourself, and then take more authoritative methods. Every employee is precious and each one of them owns distinct capabilities which might be important for the company. So, the company might be a little hesitant to let them go. No one likes being hated, and the unprofessional employee might not be doing it deliberately, chances are that there might be a real problem. So, until and unless you listen to them as a good manager or a good colleague, you’ll never find out if their behavior is deliberate or what consequences of the problem they are facing. Best of luck with that, be patient and be ears that are ready to listen.

If the first step doesn’t work, and the annoying nature of the unprofessional employee is deliberate, then it's better to maintain a good distance from them whenever possible. Or you can try to interfere with them as less as you can if you’re their manager, you can’t certainly get rid of them or avoid them.

In cases when they try to get in a conversation with you and start annoying you, it's better to disengage and get back to your (safe distance) zone. Sometimes, ignorance acts as the solution to the problem being talked about. As people say, “Ignorance is the most painful punishment you can give or receive from someone and help them realize their mistake which needs to be changed.” Ignore them for some time and they will start realizing their mistake.

#3. Don't Ignore And Confront Them

Sometimes, even ignorance doesn't work well and these unprofessional colleagues get on your nerves. If the person is not ready to change, they can get on the nerve of even the calmest person you know. So, in such extreme circumstances, it's a waste of time to hold your patience. Gather some courage, think of all the annoyance you have gone through because of this person, and open up and confront them in private. Tell them that they're annoying, but do it in a polite manner with a serious tone. You work together inside the same office and you may need their help sometimes, and some douchebags look for opportunities to take revenge. Thus, it's better to be softer in the first attempt, but if things don't work, avoid politeness in your tone in the second attempt.

Whether you're a colleague or the manager, feedback system can be a good way to give a piece of your mind to your annoying employees/colleagues at work.

Feedbacks are good, it's a part of the process in every workplace that helps you to identify your negatives and positives to work on them and improve yourself. You can further share a positive feedback to your employees by passing them something as natural as " Work on the tasks in a better way." soa s to not sound too mean, yet convey your thoughts seamlessly.

In case you and the annoying colleague are just coworkers, you can disapprove of their behavior and share your feedback, asking them to take it in a positive and healthy stride to maintain cordial relations at work.

#5. Be Consistence With Your Feedback

When you don’t like something, accept it every time someone questions you. Don't try to please the person in question, for your softness and gentle demeanor will lead to friction, and thus, your efforts will go in vain. So, when your colleague's behavior is unprofessional, tell them about it, and continue with the same opinion unless they really change. As a manager, If you don't like something about someone, keep taking a note of it. Write down the things that you don't like and things you like in a notebook or other recording device. This habit will come handy when you will be sharing the feedback, and you’ll be able to give them a clear consciousness on each of their annoying behavior.

Even if you're an employee, keep noting the incidents where your unprofessional coworker displayed their unprofessional behaviour. This is necessary whenever you reach up to higher authorities in your workplace. They will ask for evidence to support your complaint about the unprofessional employee. 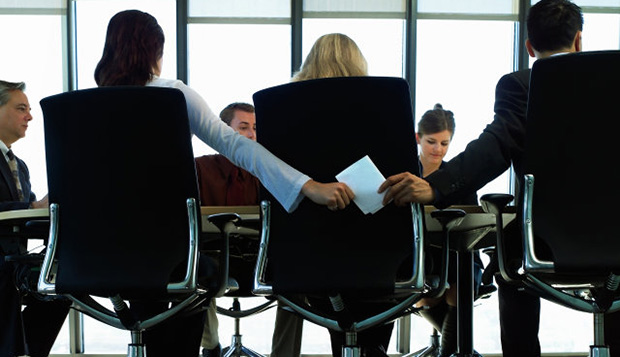 Communication is a very perplexing thing, it can either lead you out of a problem, or it pulls you deeper into the swamp. But, the fear should not make you avoid communication whenever it's necessary, just learn the art of communication in a different situation. Communication can lead to the desired result if you know how to turn it into your favour. So, whether you're sharing feedback or confronting your unprofessional colleague/employee, make sure you communicate the message in a constructive manner, or else it will affect your professional relationship with the person.

If man to man or a woman to woman conversation and other methods of interpersonal communication doesn't work between you and your unprofessional colleague, the time involve some authority to the issue. In some cases, people often show signs of resistance, they succumb to introduce change in their demeanor and fail to work on the feedback shared. These people won't change unless they're instructed with authority, thus, if you feel you can't help it anymore, consider approaching your senior to take a look in the matter. Ask them to resolve the problem because it is getting unbearable. Don't even feel pity towards your unprofessional employee, they had their chance. Approach your senior if need be and report about your annoying colleague.

(Image Courtesy: On The Verge of Change)

Sometimes, people are not unprofessional because they like it. Maybe they don't know how to behave professionally, and it happens because some people are unconventional, or they might have never learnt professional workplace behavior. Sometimes, freshers can be the person in question, and it's better to share an example of someone who they can follow.

#10. Ensure You Have Abundance Of Evidences

If you're planning to reach the people on higher positions in your company, then you must ensure you have enough pieces of evidence to support your claim. No one would do anything about your problem if you don't have evidence to back up your claim, as it would be wrong on their part to share judgment based on just claims. So, keep collecting evidences and people who can testify your claims.

The tough part for any manager is to ask any of their teammates to leave forever or suspend them. But, it is necessary to maintain the peace and protocols in the workplace, no matter how important the employee is for you. Just remind yourself, you're the manager and you're equally responsible for your other employees, and the person in question had their chances. So, gather some courage and politely show the exit door to the unprofessional guy. It is necessary and you’ve to gather the courage to take this step.

Note: The above-mentioned steps are limited to an employee on your level, or below you. However, unprofessional workplace behavior can also exist with some on higher levels like your manager. In that case, the situation gets more difficult and unbearable to handle. The manager always has an advantage of being in the higher position, but that doesn’t make him/her vulnerable to possibilities of being held for their unprofessional behavior. You can always do something, and you must do something if your manager is unprofessional.

Below are the steps to deal with your unprofessional manager.

Steps To Deal With Your Unprofessional Manager.

Managers are expected to display the most professional behaviour and set an example. But, some people are stubborn and don't give up on their negative habits. So, this is how you deal with it.

Try giving them a hint that you don't like their behaviour and it's really unprofessional. But, as he/she is your manager, use some tactics like your facial expression, soft comment, or sarcasm. Just try to be a little cautious about what you say, or else they can use it against you.

At work, everyone, irrespective of their position is expected to behave in a manner that reflects the company. The same applies even more to those in higher positions like a manager. Thus, if your manager is unprofessional, try resolving issues with your manager by approaching the product manager or the Human Resource department.

#3. Approach The Higher Authorities With Evidences

Depending on the severity of the issue, you can try and approach the higher authorities of the company, in case the HR department fails to deal with it. However, ensure to have an abundance of evidence and testimonials to verify your claim. He might be unprofessional, but they're your manager and there's a reason why they're managers. 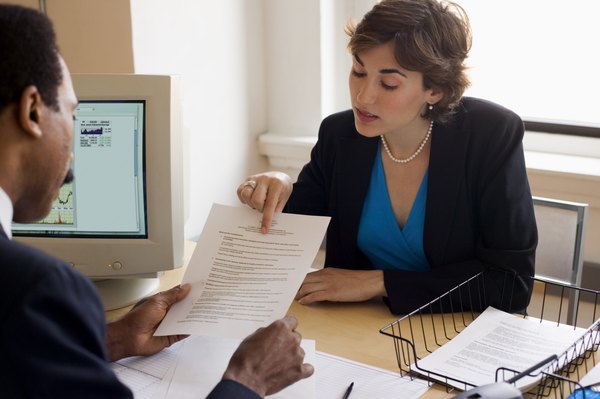 If none of the above-mentioned three steps doesn't work, don't hesitate to go for the worst case scenario- quit the job. You'll find plenty of options once you leave your current job if you know your work exceptionally well. Let your voice be heard and set an example, write a letter to everyone in higher positions of the work place blaming your manager for your exit from the company. If need be, even aware them of the consequences. This may or may not help you retain your job, but it will definitely boost the courage of those who have suffered the same problem to take a strict action against it. And, as people say, “Unity is strength”, things will eventually change.

Does working from home increase productivity?

Is it better to work in corporates or start-ups?

How to Answer "What are Your Weaknesses" Question in a Job Interview?

How to build a Strong & Unbeatable Professional Image?

How to Improve your Performance at Work?

How to have a Fulfilling Career?

How to Achieve Work-Life Balance?

How to Turn Down a Job Offer Politely?

What to do When you Do Not like your Boss?