Ever thought that a walk at the beach could make you a hero? No, right? But that’s exactly what happened with these 80 pedestrians who were strolling at the Panama City Beach in Florida, who in need of emergency formed a human chain to save a family from a dangerous riptide.

To not understate the event, we would like to call this one a dramatic save which made all these 80 or more people involved and become real-life heroes.

This inspiring story took shape on a Saturday evening when Roberta Ursrey and her husband saw their two young sons shouting for help from 100 yards out into the ocean. A nearby couple tried to save the boys, but instead got caught in the current. Other members of the family also attempted to save the swimmers, but only ended up adding to the list of trapped people. 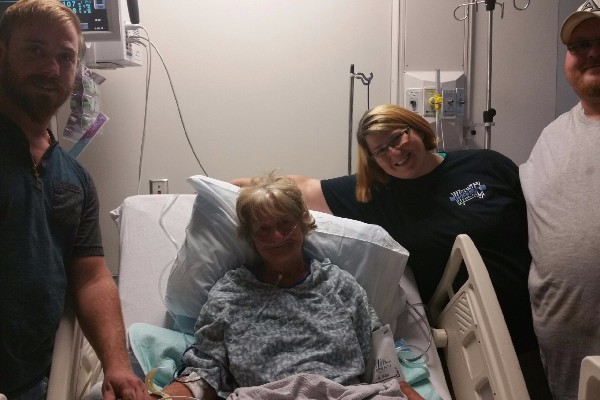 Fortunately, one nearby surfer was able to tow one of the women to shore by using his surfboard. Even after that, there were still nine others who needed to be rescued. It included: six of the Ursreys, an unnamed married couple, and a female tourist.

Call it faith or a mere coincidence, there was no lifeguard on duty at that time and the police planned to wait for a rescue boat. But the situation was getting terrible by the second. The riptide victims were struggling to keep their heads above water for almost twenty minutes because of which they were exhausted.

It was then, that Jessica Mae Simmons’ husband started yelling at the crowd of onlookers to gather together and form a human chain. Around 80-100 people linked arm to arm marched in the ocean. Seeing people join hands (literally), Jessica was sure that they’ll be able to help the riptide victims

When asked about the help they received from people, Jessica exclaimed “To see people from different races and genders come into action to help total strangers is absolutely amazing to see!! People who didn’t even know each other went hand in hand in a line, into the water to try and reach them. I have always been a great swimmer. I was raised in a pool and a lake since I was crawling, so water was no hard task for me. I can hold my breath underwater and go around an Olympic pool with ease! I knew I could get them to the human chain of people that wanted to help. I was calm because I knew they were coming out alive. I knew how to get out of a rip tide and I knew I could swim for long periods of time. But what really got me was how an entire beach jumped into action to save these people. People who couldn't even swim were part of that human chain. They wanted to help that bad.” After forming the chain, Simmons and her husband got hold of the boogie boards and swam down the chain to reach to the swimmers. First of all, they helped the two young boys reach the human chain. Later, they went back for Roberta, who was about to have a blackout at the time she was saved. Roberta’s mother was the last one to be rescued.

Roberta and her mother were taken to the hospital where they were treated for their injuries. They have been judged stable and relatively healthy since the incident.

Jessica, who was claimed the hero, credits the entire crowd for being so supportive in rescuing the Ursrey Family. We too believe that without the help of each one of them, the victims won’t have survived. Stories like these make us realize that we don’t need any special powers to become heroes.

Just keep doing good deeds for the sake of humanity.

Liked what you read? Let us know in the comment section below.