It has been 18 years since the Kargil war was fought between India and Pakistan. Indian army had fought tooth and nails in the harsh climatic conditions to drive out the enemy forces that had infiltrated Indian territories.

As the nation observes this military, political and diplomatic victory in remembrance of his brave hearts and slain martyrs, let’s acquaint you with certain interesting facts about the war:

#1. The Indian army had deployed 7 lakh soldiers to counter the enemy forces at LoC, and the operation went on three long, arduous months.

#2. The army men who got martyred during the war were 524 in number, and around 13,363 were gravely injured. Losses on the other side were enormous too with 696 Pak soldiers and 40 civilians losing their lives.

#3. The local shepherds had grown suspicious of certain activities in the mountains of Kargil area and informed the Indian Army of it. It happened on May 3, 1999, and soon Operation Vijay was launched to clear the area of intruders.

#4. The Pakistani Army disgracefully mutilated the body of martyr Capt Saurabh Kalia and 5 other soldiers during the commencement phase of the war. On the complete contrary, Indian Army treated the slain Pak soldiers with dignity and returned their bodies respectfully in a coffin. #5. The Pak army and Taliban fighters used Surface-to-Air missiles to target Indian missiles at high altitude in rocky mountainous regions. India lost two fighter jets and two helicopters in the Baltic Sea area. IAF’s pilot Squadron Leader Ajay Ahuja lost his life at the hands of the Pakistani military. He was shot in the head, and his death is a clear violation of the Geneva Convention and is considered a cold blooded murder.

#6. Since the infiltrators were making use of the Tiger Hill to bombard NH 1D, it was necessary to gain full control over the Drass-Kargil road. 22 highly trained men scaled dangerous slopes that were 18 degrees steep and made their way through a vertical cliff at an altitude of 16,500 feet to reach Tiger Hill. This was a very daring and commendable move by the Indian army. #7. The situation that had arisen during Kargil had completely battered the already strained ties between the two nations and had stark similarities to Sino-Indian Border Conflict of 1962. The nuke test conducted by India and Pakistan in May 1998 also played a major part in escalating tensions along the LoC border.

#8. The final assault that happened between the Indian and Pakistani army at Tiger Hill resulted in the death of five Indian soldiers and ten Pakistani soldiers. Captain Vikram Batra achieved martyrdom while rescuing an injured officer Capt. Naveen. 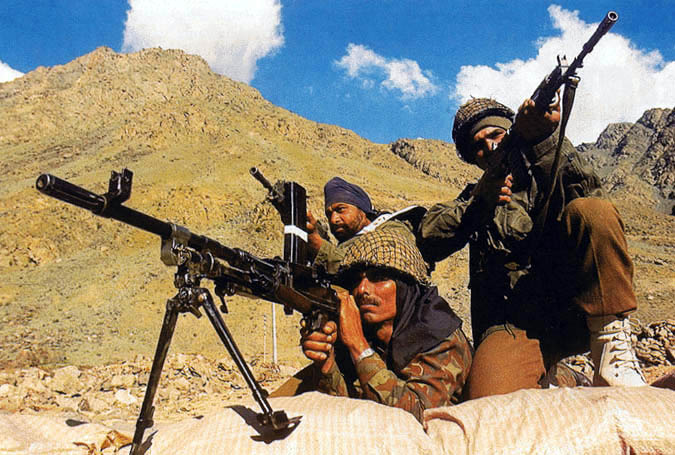 #9. During the initial days of the Kargil war Pakistani army had blocked the ration and ammunition supply of Indian Army at forwarding posts by shelling NH 1A. This road also once called NH 44, connecting Kashmir Valley to Jammu. The Pakistani forces had joined hands with other infiltrators and terrorist groups to do that.

#10. The man who was leading the Indian Armed Forces was Indian Army chief Ved Prakash Malik.

#11. Renowned Indian journalist Barkha Dutt gained fame and recognition due to her coverage of the entire Kargil war. She also got the chance to interview bravo Shershah- ‘Vikram Batra’ of 17 JAK rifles who later achieved martyrdom in the war. Barkha was awarded Padma Shri for her efforts. An Indian movie based on Kargil war called ‘Lakshya’ had Preity Zinta portraying a journalist loosely based on Barkha Dutta.

Were you aware of these lesser known facts about the Kargil war? Share your feedback and opinion on the Kargil Vijay Diwas using the comment box below.

Does the on-going Peace Violations at the LoC hint towards another War between India and Pakistan?