What are the Best English Newspapers in India?

Reading newspaper is a vital part of every Indian’s daily routine, some prefer it with a cup of tea while others flip through the pages on their way to offices. Being a secular democracy, India has a high demand for English, Hindi and other vernacular newspapers as well.

The list below talks about the most widely read English newspapers in India. These papers are accessible because they provide news related to fields like politics, education, entertainment, sports, and business.

The Times of India is a daily newspaper with the largest network amongst English newspapers in India. The paper is owned and managed by Bennett, Coleman & Co. Ltd, which is under the ownership of Sahu Jain Family. It falls under the top 10 daily newspapers circulated in the country. The paper touched the top charts because of its availability in different formats ranging from broadsheets, tabloids, compacts, Berliners and online. Since its foundation in 1838, under the name "The Bombay Times" in Mumbai, the newspaper is known to get massive support from Indian National Congress. Hindustan Times (HT) is another Popular English Newspaper in India. Founded in the year 1924, the newspaper is circulating over 1.14 million people in the country presently. Owned by the KK Birla branch of the Birla family, the newspaper is rated as the third best English newspaper in India (according to reports submitted by Audit Bureau of Circulations, India). Mint, Hindustan, Nandan, and Kadambani are a few of its sister publications. The Hindu is the oldest English newspaper in India, which started publishing in the year 1889. It is said to one of the best English Indian Newspaper to Read because they were the first ones to introduce color printing (1940) and online reading (1995) as well. The newspaper is known to provide accurate and valuable information about the local happenings. The publishing company grossed a profit of over $40 million in 2010. Southern India, especially Tamil Nadu has the highest circulation of this newspaper. If you are a voracious reader who keeps on subscribing to the latest magazines and spends hours browsing the internet for latest viral feeds, then we would suggest you to explore a few more options. Apart from the top three newspapers, there are a few other English newspapers which make up for a good read.

Founded in the year 1982, The Telegraph is a Kolkata based newspaper. It is amongst the fastest growing newspaper in the eastern region of the country. Ananda Bazar Patrika Limited, Kolkata is the owner of the newspaper which is circulated in states like Guwahati, Siliguri, Jamshedpur, and Ranchi as well.

With its first issue published in the year 2005, Mumbai Mirror is the largest selling newspaper in Mumbai. The newspaper is an initiative of the Times Group that also publishes the Times of India newspaper. 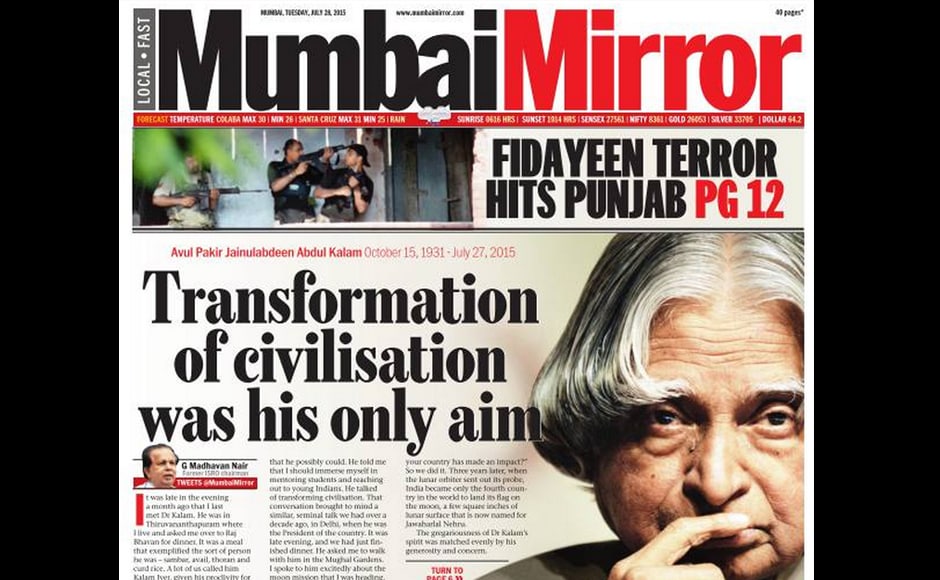 The Economic Times started in 1961 and is being issued by the Bennett, Coleman & Co. Ltd. The newspaper is one of the most widely read, with a readership of more than 8 lakh people. Daily News and Analysis (DNA) was launched in the year 2005. The English Indian tabloid is published in Mumbai, Ahmedabad, Pune, Jaipur, Indore, and Bangalore. Which English Daily do you prefer to read? Let us know in the Comments' Section below!

Show result before you give your opinion
1829 Votes

Suggest Another Option
Give Your Opinion
Opinions (3)

The Hindu remains the best.

Apart from the mentioned top English Newspapers in the article, there are a few other Indian English language newspapers that are hot selling as well. Being a secular country, India has been printing in multi languages, but English newspapers are the most popular because it is a common language spoken by majority of the Indians. In addition to the best English newspapers which are Times Of India, Hindustan Times ,Hindu and Economic Times, here’s a list of other best newspapers in India.
1. The Tribune
The Tribune is an Indian English daily newspaper which is published in Chandigarh, New Delhi, Jalandhar, Dehradun and Bathinda. It was founded on 2 February 1881, in Lahore (now in Pakistan), by Sardar Dyal Singh Majithia, a public-spirited philanthropist, and is run by a trust comprising of five eminent persons as trustees. It is a major Indian newspaper with a worldwide circulation.The Tribune has two sister publications:Dainik Tribune (in Hindi) and Punjabi Tribune.
2. The New Indian Express
The New Indian Express is an Indian English broadsheet daily newspaper published by the Express Publications. It was founded in 1932 as the Indian Express, and is under the ownership of Chennai-based P. Varadarajulu Naidu. The New Indian Express is now published in all major cities including Andhra Pradesh, Karnataka, Tamil Nadu and Kerala besides Orissa,including Chennai (Madras), Coimbatore , Hyderabad, Bangalore, Thiruvananthapuram, Kochi, Bhubaneswar Shimoga, Madurai and Tiruchirappalli. Counting on the whole, it publishes in around 22 centers in the south.