Why is India considered a Subcontinent?

India is often referred to as a subcontinent while most of us wonder why. Well, there is a whole lot of Geophysics and politics which goes into why India is called a subcontinent. Joining the Eurasian plate eons ago, the Indian subcontinent holds remarkably diverse cultures and ethnicities.

What Is A Subcontinent?

#1. A separate geographical entity that is smaller than a continent 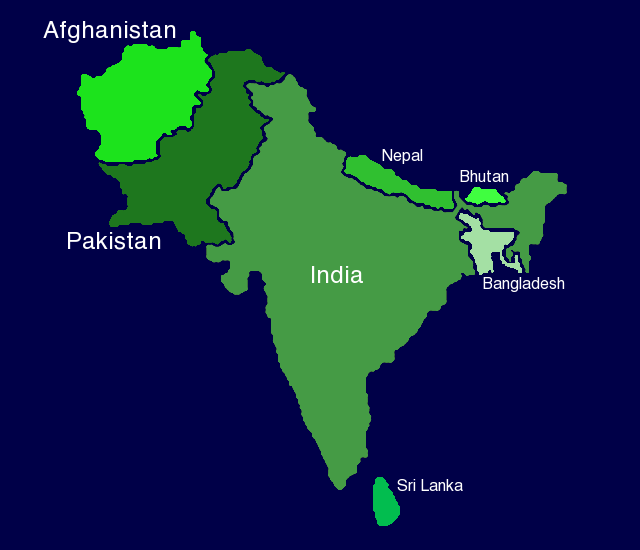 India, a dominant subcontinent, has a history of falling into the category. Well, eons ago, the Indian landmass, like various other lands, was a part of the supercontinent Gondwana which drifted away to form Greater India. However, it was with a further continental drift that the piece of land shifted to merge with the Eurasian plate and became a part of the Asian continent. Interestingly, the Indian Subcontinent also includes Bangladesh, Bhutan, Nepal, Sri Lanka, Maldives, and Pakistan.

Why Is India Considered A Subcontinent?

Going by the aforementioned criteria for a landmass to be termed as a subcontinent, India has both a separate geographical and political identity. While the peninsular landmass is surrounded by water bodies from three sides, it is distinctively outlined by the Himalayas. The landmass also contains numerous deserts, rainforests, plateaus, and mountains, thereby making it a unique and distinguishable geographical entity.

When it comes to a separate cultural and political identity, Indian Subcontinent houses people from innumerable races, cultures, and ethnicities, who make the landmass culturally diverse. The Subcontinent also has a one of its kind political system which is free from any kind of intrusions from other nations.

Looking into the aforementioned factors, India certainly fits into the category of a subcontinent. Moreover, the landmass is not large enough to be considered as a continent, thereby making it quite appropriate for a subcontinent.

We would love to hear from you. Feel free to drop in more interesting information regarding the Indian subcontinent. Kindly use the comment box to share your thoughts and opinions with us.

Is India the Only Subcontinent in the World?

Show result before you give your opinion
149 Votes

What is a Thesis Statement & How to write one?

How will you create Awareness about Robotic Education in the Future?

What Jobs can a History Degree get you?

What is a Heatmap?

What is Double Red Cell Donor?

What is Managerial Economics?