13 Most Shocking Bollywood Wardrobe Malfunctions Ever!

Bollywood celebrities are always in the spotlight. Paparazzi never leave them alone, be it at the airport, gym, jogger's park, or even at the hospital, they face the camera everywhere. Media can never get enough of their fashionable looks, and we keep getting regular updates on "Who Wore What" now and then.

But, when it comes to wardrobe malfunctions, all eyes turn on them. Well, they are also humans, and things go wrong with them too! Their malfunctions add to the gossip buzz, and that is what we have brought to you.

On the sets of Jhalak Dikhla Jaa, when Parineeti's tulle robe gave a slight glimpse of her intimate parts. Ahem, not to mention, the actress went all rosy post the incident.

The actress was a show stopper at ‘Indian Bridal Fashion Week’ ramp show when the slit of the dress tore apart and her aww-gaping reaction left us stunned.

Alia Bhatt at the promotions of '2 States' chose a pristine white mini dress but while she chose comfort over conscious pose of seating, the media read the lines in-between. This actress is from the South film industry and faced a controversial malfunction at ‘SIIMA’ (South India International Movie Awards) when her sheer skin-through dress became an object of laghing stock for the audience. During the inauguration of a gym in Mumbai, Ankita Shorey wore a really delicate dress that couldn’t bear the ‘fitness freak’ attitude of the actress. Well, do we need to say more? The beautiful and sexy model turned actress faced quite a lot of embarrassment when her dress was all about the "peek-a-boo game" on the ‘Lakme Fashion Week’, making the whole situation awkward!

Call it fashion or malfunction, Kareena knows her way to get in and out fo controversies like a queen.

Amisha Patel has been the victim of malfunction before a paparazzi photographer when her garments were kept intact by a safety pin!

The National Award winner had her ‘oops’ moment at the Blender's Pride Fashion week exposing her buttocks. Her dress was torn apart exposing her back, a little bit. Although, her buddy Sonam gave a quick adjustment to it. Oh yes, even Miss Universe couldn't escape it. She was caught in front of the camera in a short champagne dress that exposed her inner garments.

The actress was caught on the camera and even before she could adjust and be fine, it was Game Over for her! 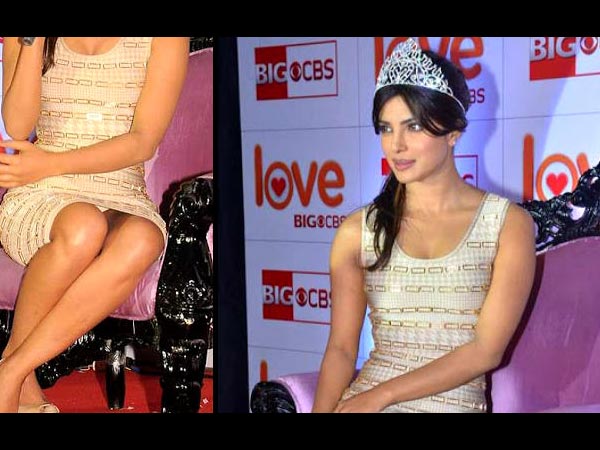 Her dress cheated her on a talk show when it ripped open on the sides of the sleeve attracting a lot of nasty lecherous eyes.

This was the time when the elder sister Shilpa Shetty was in Big Brother. The inner wear of Shamita Shetty could not escape photographer’s lens. It was the launch of her film Raavan when her blouse slipped in a jiffy making Aishwarya self-conscious.

Although we will have to consider that celebrities have always been under the camera and looking nice and perfect all the time is just impossible. These things happen all the time and we understand.

Do you have anything to add? Then go ahead and comment!

Do Bollywood Actors face the Similar Wardrobe Malfunction Hype like the Actresses undergo?

Show result before you give your opinion
406 Votes

5 Reasons Why We Must Wear Leather and Fur?

How To Choose The Perfect Jewelry For Your Partner

Learn about Real Fashion through Myntra

How to Look Better in This Season - 5 Things to Consider

How to Purchase Most Suitable Dakimakura Pillows for Side Sleepers