Ranveer Singh is a force to be reckoned with! From his brilliant acting skills to the joie-de-vivre that is part of his personality, he wins heart with everything he does. The man oozes charm and has the power to light up the screen with his presence. The handsome hunk celebrates his 31st birthday gearing up for the release for another Sanjay Bhansali's extravaganza Padmavati, which stars his real-life girlfriend Deepika Padukone. Ranveer would be playing the role of Alauddin Khilji and has even gone to the lengths of comparing his upcoming villainous performance to that of Joker.

As the ever entertaining actor turns a year older, we look at some of the times that the star has enthralled us with his wild antics:

#1. When he wore a pleated skirt and rocked the look

No man in the industry would dare to be caught wearing a skirt but Ranveer Singh who is famous for pushing the style envelope wore the unthinkable during a promotional event for Bajirao Mastani. Instead of being apprehensive he was rather comfortable in his new choice of a wardrobe and rocked the look. He paired the skirt with gladiator shoes.

People hate to be ridiculed or mocked for anything especially stars but Ranveer Singh had no qualms about being roasted in front of thousands of people. His brazen and outlandish behavior got him in hot waters as the rude and offensive jokes didn’t go down well with everyone but it was nevertheless the most entertaining event of 2015.

#3. When he challenged Baba Ramdev

While most would stick to taking spiritual knowledge from Ramdev, Ranveer went many steps ahead and locked horns with the yoga guru doing pushups. Ranveer soon realized that despite all his exuberance, he can’t pull off an equally great Surya Namaskar.

#4. He is comfortable with his sexuality

While most actors get uncomfortable talking about their sexuality or being labeled gay, Ranveer has no problems kissing his male co-stars even off-screen. He smothered Karan Johar with kisses during the AIB roast and got too close to his co-star Arjun Kapoor during the promotions of Gunday. The actor is happy about all the following he has among his gay fans and is not hesitant and insecure about his masculinity. 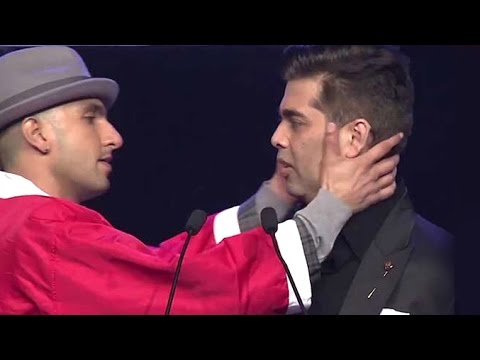 #5. When he ran rampant at the IIFA Awards

At the 2016 IIFA, Ranveer Singh was unstoppable; quite literally. He went from gushing like a girl and giggling on seeing Fawad Khan to sandwiching a very awkward looking Karan Johar between himself and Fawad. He made his lady love Deepika who had just won an award for Piku scoot over and decided to share the same space with her. He also went to the lengths of pulling onto Karan Johar’s tuxedo to make sure that the media and cameras solely focus on him. 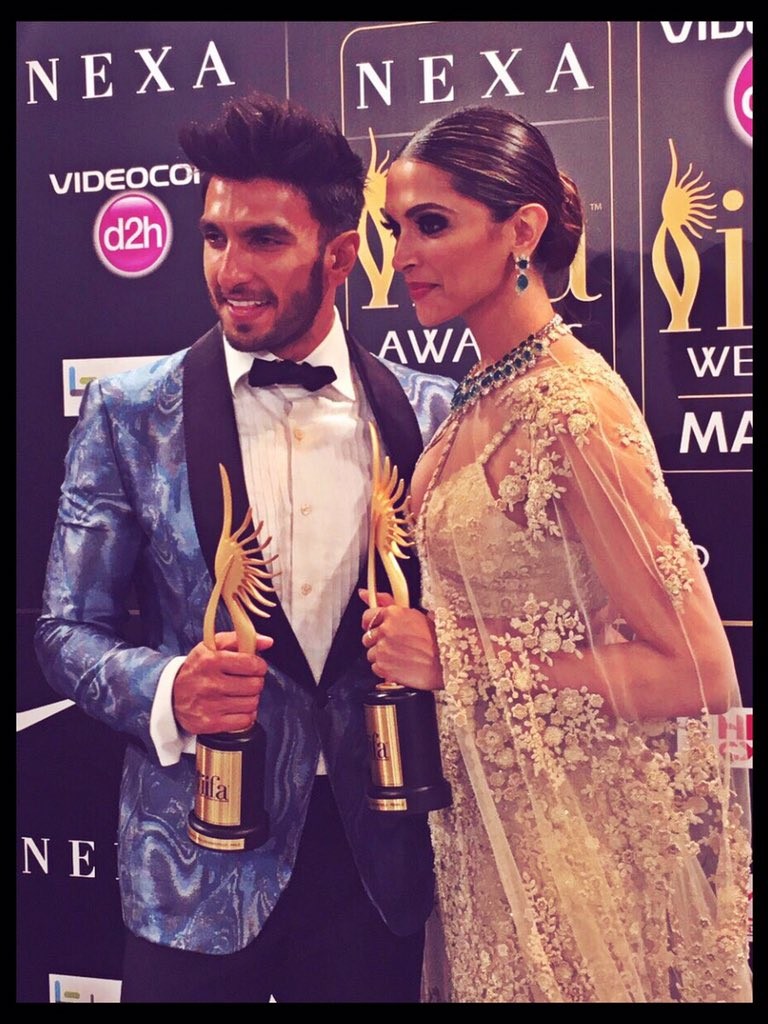 No matter what he does, Ranveer is apt at the art of grabbing the crowd by their eyeballs and dazzling people with antics that others won’t ever dream of doing.

Are you a huge fan of this exuberant and exciting star as well? If so do share with us your views on his wild behavior, his style sense, and his fabulous movies by using the comment box given below. We look forward to your opinions.