Who are the Greatest Indian Sportspersons of All Time?

It’s true that India is not a major powerhouse when it comes to the world of sports. Nations like the US, Russia, China among others have always had an upper hand over the nation of the golden bird.

Any list that talks about the greatest Indian sports personalities has to begin with this one name- Sachin Ramesh Tendulkar. When the ‘Little Master’ decided to finally call it a day, what Virat Kohli quoted about him, tells us exactly what our master blaster was all about. He said, “Tendulkar has carried the burden of the nation for 21 years. It is time we carried him on our shoulders.” He is among the finest batsmen of this generation, and more than that has inspired an entire nation to play cricket. After the ‘God’ of Cricket, we would like to mention the ‘Wizard’ of hockey: Major Dhyanchand. He is considered to be the best Indian field hockey player of India and one of the best of all-time in the world. Under his leadership, India won 3 back to back Summer Olympics. The last one, which was in Berlin, even made Adolf Hitler a huge fan of the wizard, and he apparently wanted Dhyanchand to play for Germany. When Rajyavardhan Singh Rathore won India’s first ever silver medal in the Olympics, no one thought that feat to be surpassed anytime soon. However, it was for Abhinav Bindra to better that achievement and bring home India’s first-ever gold medal in the Olympic Games. This was something that India had been waiting for, not in decades, but for centuries. Time and again, India has produced sporting prodigies who have gone on to make us extremely proud. PV Sindhu did just that when she won a silver medal in last year’s Olympics in badminton. It was also the first time that an Indian had won a silver medal in the sport. At just 22-years of age, Sindhu has a long way to go in her career, and we hope that she brings much more laurels for the nation. What can we say about the “Flying Sikh’ that hasn’t already been said? He was India’s first sporting superhero post-Independence and won four gold medals in the Asian games. He even has a biopic made on him, which explains us how he struggled during the days of partition and yet came on top. He is a true champion and continues to inspire billions of people even today. 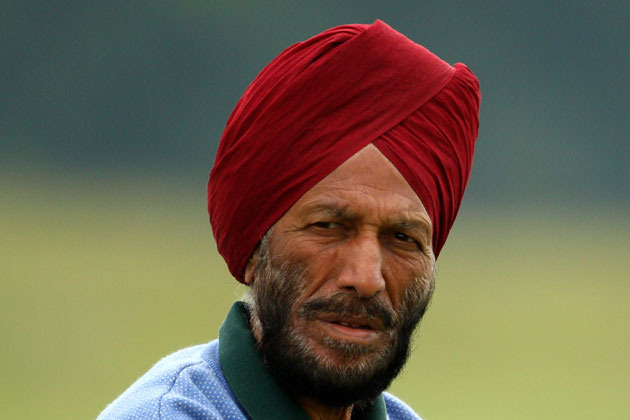 Sure, he is a controversial figure when he isn’t playing Tennis, but when he is on the court, there are only a handful better than him. Dubbed as the ‘Lord of Lawn,’ Paes is India’s most decorated tennis player. He has represented the nation in the Davis Cup and even won a bronze medal at the Atlanta Olympic Games.

So, there you have it. Some honorable mentions include shuttler Saina Nehwal, wrestlers Sushil Kumar and Sakshi Malik, cricketer Mahendra Singh Dhoni, and chess master Vishwanathan Anand. If you want to add more to this list, let us know in the comments below.

Who is the Greatest Indian Sportsperson of All Time?

Show result before you give your opinion
82 Votes