What Things you can only Learn from Criticism?

There isn't any person who has not faced criticism in his or her life. Criticism is an intrinsic part of life, and everyone faces it depending on his or her actions. In some instances, criticism can have negative consequences on a person's self-esteem. However, it entirely depends on the way that person has taken criticism. It is advised that one should always take criticism in a healthy manner.

Different people have different reactions to criticism and only you can decide whether the kind of criticism you are receiving is constructive or destructive. Criticism can either provide a crushing blow to your self-esteem, make you avoid the person who tries to make you feel bad about yourself or encourage you to come as a better person and shine. One needs to reason with oneself before accepting or rejecting a criticism and see if there is anything good coming out of the criticism that someone is throwing at you. If you genuinely feel that you did something that calls for criticism, then evaluate the situation properly, work on yourself and take the criticism in a healthy manner.

Things You Can Learn Only from Criticism

#1. It Helps You Being Honest With Yourself

Do not listen with the intent to reply but with the intent to understand as criticism may help you correct something which you don’t even think you are doing wrong. Don’t get defensive right away instead think it through. It could be that the person who is criticizing you is right and really cares for you. If the person criticising you is a good friend or your parents, then you must be aware of the fact that he or she means good for you. They do not want you to fall in bad situations or keep on repeating the same mistake, and hence criticize you so that you can improve. They are just being honest. It depends on you if you want to take it destructively or constructively.

If all you heard were appreciation, you would be convinced that everything that you do is right. But the truth is we can never be immune to changes so we must listen to people around us who share an amicable relationship with us. Such people only voice their criticism when they know something about us that we are less aware of. This will help us be more honest with ourselves and make us focus on the context of the things which was said to us instead of the way in which it was said.

#2. It Helps You Unravel Your Personality

When someone criticizes you by saying that you don’t take life seriously or you don’t know the first thing about basic propriety it can sting you and make you question your own qualities often feeling bad about certain things. When you do this, you are taking the word of the other person to be more honest than yours and look inward instead of changing the natural way in which you carried yourself. It is a really big task to keep succeeding in life and most people who stop succeeding often discourage others telling them that success doesn’t mean anything. Often people compare what they have with others and succumb so strongly to this comparison that they fail to appreciate what they have. You need to be headstrong and always stick to the words ’ Anyone who is trying to bring you down is already below you’. Every individual has a distinctive character which forms their personality and makes other people see them in a unique light which they cannot see in anyone else. Along with the hardships that stem from unfortunate circumstances we struggle against the group of people who have written life off as a bad thing and whenever they open their mouth they cannot hide their innate bitterness. When you don’t mind this type of destructive criticism and continue to do what makes you happy it unravels your personality telling other people that you are strong. You only heed wise words and not everything that is thrown at you.

#3. It Helps To Distinguish Between Genuine And Fake People

When someone criticizes you, it could be that they have said so to make themselves feel better as there are people who actively look for errors in the behavior of others. When you consider what has been said to you and whether the person who has said it had said it out of spite or because they genuinely care for you. It is a tough thing to admit that even your loved ones will hurt you when they are frustrated with their way of life. #4. It Helps You To Understand Your Quirks

The best way to learn from criticism which came your way is to voice the same thing to a loved one or dear friends just to see their reaction and what they say about it. If they agree with it, it is indeed true about you and is not a quirk but something which is, in fact, a negative part of you and will help you change it. However, if they protest against it and tell you that what the person is saying has no correspondence with your general behavior and has not made the right deduction from the information he has on you, you don’t need to think much about what they said. It is often the case with us that we need a second opinion when people question the light in which we see ourselves just to make up our mind once again about our own image.

#5. It Encourages You To Take Action

It is often the case with us that when we emerge victorious once we write ourselves off as a success which is very wrong because we need to keep achieving over and over again so that we don’t slip and pass away sooner into nothingness before our time. In all human affairs, there are efforts, and there are results, and the strength of the effort is the measure of the result. You may feel disappointment over not achieving what you were set out to achieve in the first go but if you continue to sulk you will submit to the criticism which comes your way instead of ignoring it and going about your own business. What you must do is change your approach and talk about your failure as much as you can so that other people comment on it either by criticizing it or telling you it was a good thing you tried. You can use this communication to your own advantage as getting people to say what they think of your efforts is a good alternative to ask for help directly. One deterrent to taking action can be our imagination as we may believe that changing our ways won’t really change us but this kind of thinking can be changed if we keep getting feedback from people we regard better than us so that we too bask in the humility that comes from success. A key to taking action is when you heed the criticism of the ones you revere. It will teach you how to set more and more goals for yourself so that you always keep busy and have no time to brood over how you are living as you are living it large. 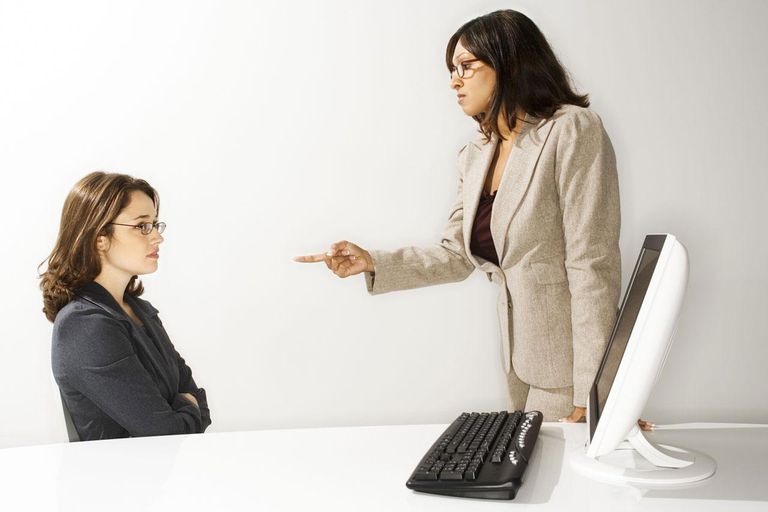 Tell us what you learned from criticism. Drop comments in the comment section below. We would love to know your thoughts and experiences.

Is it better to run with or without music?

9 Simple Tips To Save More Money

How to Be a Witty Person

How to Improve Communication with your Boss

Top Tips for a Happy Workplace