How to End a Conversation Politely?

If you are in the middle of an interesting conversation and you have to end it, then it can be quite difficult especially if you are in a conversation with a senior from work or someone who is older than you whom you respect a lot. If you stop them when they are speaking it will be disrespectful, but if you wait for them to complete their statement, then you will get late. What do you do then? You are in a dilemma and you cannot think of an idea to get out of the situation. Either way, you will end up disrespecting the person you were having a conversation with and if you were the one to initiate the chat then you will be considered rude when you end the conversation impolitely.

If the conversation was regarding work then you may end up making a bad impression that work is not important for you. If someone is sharing details about their personal life, then ending the conversation will make you appear as an insensitive person who cannot be trusted. The worst scenario is when you are trying to make a deal with an influential person but you have to leave due to some reason. You cannot afford to miss the golden opportunity but you cannot even stay. Telling the person that you have to leave directly can be a little mean so what is the correct way to tell someone that the conversation is over for you? Sometimes, text conversation can also be complicated. You may have to send messages to a senior at work to report them about your work or to give feedback and if you do not reply to their text or if you leave without saying anything then it can also cost you your reputation at work. How to end a  text conversation then? How to end a conversation with a girl you like? How to end conversations without sounding rude? How to end a conversation without disrespecting people? Let us look at the answers for all these questions.

If you want to end a conversation, then you should start with making certain gestures that will show the other person that you want to end the conversation. You could stand up if you were sitting to show that you wish to leave now. You could start walking towards the exit or the destination you wish to go and give short responses like “yes, yes”, “totally” or “anyway” while doing so. Constantly look at the destination you want to approach so that the person you are talking to gets the hint that your interest lies somewhere else. Start doing whatever you were supposed to do. If you were going to have a coffee then start walking towards the coffee machine and start making one. The person will either join you or they will leave. You can also ask the other person to join you if you wish to do something else because then you can continue your conversation with them.

#2. Wait For A Pause In The Conversation

#3. Use A Reason To End The Conversation

If the conversation was boring, then you could apply an excuse to leave. You tell the people that you are getting late or you received an urgent message because of which you will have to leave. People often make excuses every day to escape situations that are unfavorable or uninteresting. People do not know what your plans are or were and they will have to believe you. So make an excuse and end the conversation. There are millions of excuses you can make. Be creative and make an excuse that the other people can believe. But be careful before making an excuse because you can get caught red-handed. If you tell the person you are leaving and if they spot you somewhere nearby then you will make a fool of yourself. 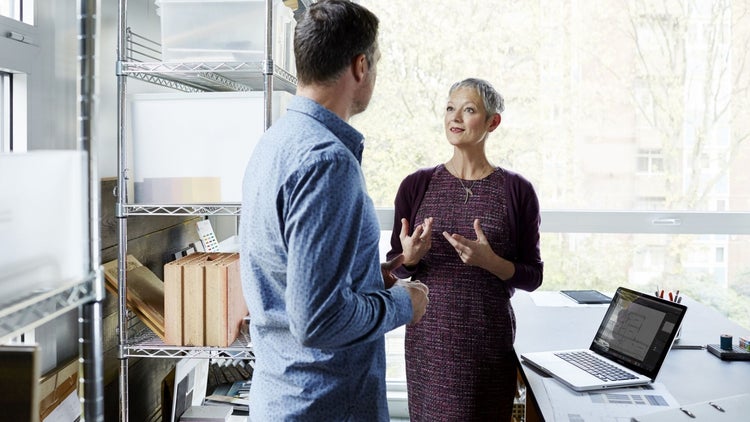 If you wish to leave but you do not want the conversation to end forever, then you can ask the person to contact you again. Plan a date or a meeting with the person so that your purpose of talking to them is fulfilled. You can ask them to meet you the next day or whenever they will be free. The person can continue the talk the next time you meet. You will not be disrespecting them and you will also show that you are interested in what they have to say. Tell them that it was good seeing them and that you will catch them later soon.

#5. Introduce The Person To Another Person

Ending the conversation and leaving the person in the middle of a talk can make you feel guilty when you are the only acquaintance the other person knows. In this situation, you can introduce another person to the person you were talking so that they are not alone. You can leave if you are in a group of people without arranging another company because obviously there are a lot of people to talk to each other.  You can just inform them that you will have to leave. People do not pay attention when someone leaves from a group of people.

#6. Use Distractions In Your Favor

If there are distractions around you like loud music or people hooting, then you can use them as an excuse to leave. Your mobile phone can be an asset in this situation. Turn on your social media notifications or ask a friend to call you. You can act like you have to go somewhere or you could start paying attention to other things around you instead of listening to the other person. When you will pay attention to the distraction, then the person cannot blame you. You can tell them that it is difficult to talk in such a surrounding. You will be saved from getting the blame and you can end the conversation politely.

You can end a conversation by concluding it. Just give the solution to the problem being discussed or by repeating what was being told to you. When you repeat you are informing the other person that you listened to them carefully and that you have understood the whole conversation. The person will not stretch the conversation and then you can leave. Say something positive like, “It was nice talking to you”  or “I had a great time”.

Have you been in situations like these? How did you end the conversation? Share your experiences with us by commenting on the comments section below. Also, share your opinion if you find this article helpful. We look forward to your replies.