Everything the Kardashians touch may not turn into gold, but it certainly becomes famous, and so was the case with Lamar Odom, Khloe Kardashians’ ex-husband. Though the NBA star was a known personality in the world of basketball, the reality star made him a household name for reality show fans.

If you are a fan of ‘Keeping Up with the Kardashians’, then you must remember the 2015-incident when the basketball player almost died. Don't you? Well then don’t worry as we have all the information regarding it for you here.

In 2015, Lamar Odom’s was found unconscious in a brothel about 80 miles away from Las Vegas area after a night of partying. While the brothel owner claimed that Viagra was the only drug in the reality star’s room along with a two-third bottle of Cognac which was still untouched, doctors found a cocktail of drugs in Odom’s body, one of which was cocaine.

Allegedly, due to choking on mucous after losing consciousness, he suffered brain damage and slipped into a coma. Khloe, who had been separated from the basketball player for about two years at this point, immediately flew to Vegas after hearing the news. During this time, Odom suffered several seizures as well as organ damage.

As his health further deteriorated, everyone who was tracing the situation from up close predicted that Odom would not survive too long. It wasn’t until three days later that the NBA-star came out of the coma and recognized Khloe, who was on his side. While Kris Jenner later compared Lamar’s survival to a miracle, it also became known that the Kardashian family had prepared a statement which was to be released in the case of his death. 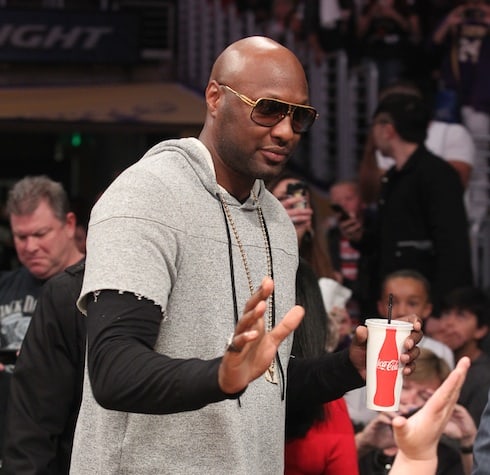 Many thought that the incident, which brought Khloe and Lamar back together after almost 2 years of separation, could be just what the couple needed to rekindle their love. However, such was not the case and the diva and basketball star decided to live separately once the latter got reasonably better. Later in an interview, Lamar recalled how he was doing cocaine every single day and did not even wish to control his addiction when remembering his near death experience.

There you go. This is how the basketball player almost died a couple of years back. If you have got some interesting facts about the incident, share them with us through your comments in the box below. We would love to hear from you.

Is The Golden State Warriors One Of The Greatest Teams In NBA History?

Was Stephen a successful player for NBA?

Is Steph Curry the best ever NBA player?

Are sound skills critical to win in basketball?

Are you a basketball freak?