Which are the most Liberal Muslim countries and why?

Followed largely by the Muslim community, Islam is based upon the idea of peace and love. Despite the popularization of the concept of ‘radical Islam,' there are quite a number of Muslim countries which prove that they represent peace and have no room for radicalism.

Not only do these nations set a remarkable example for the world to see, but they are also quite liberal in their approach. Below are the most peace loving and liberal Muslim countries:-

When Syria found itself entrapped in a civil war and Libya was grappling with instability, Tunisia saw the waves of a democratic uprising, popularly known as the Arab Spring. Tunisia took a remarkable stand for democracy by being able to adopt a constitution which is quite liberal in nature. Interestingly, the constitution was approved by a majority of 200 votes, as against the 12 negating votes. This only proves the nation’s democratic and liberal orientation.

The increasing diplomatic relations of UAE with various other countries have only depicted the nation’s openness towards other nations. The predominantly Muslim nation has never missed a chance to exhibit its liberal approach towards foreign investments and modernization. Interestingly, UAE has also got a major space and role in the UNO and is also one of the founding members of Gulf Cooperation Council.

The idea of liberalism has been associated with the culturally rich Egypt since the 2011 revolution where the masses carried out protests against the autocratic president, Mohamed Morsi. It was in 2013 that Morsi’s stringent constitution and the government was overthrown. Eventually, Egypt welcomed a more liberal constitution in the following year.

While the flourishing economy of the predominantly Muslim nation provides its inhabitant with myriad opportunities, Qatar has a remarkably low rate of crime. The country is best-known for providing its residents a safe and secure environment. Qatar is also considered by many as a safe place to start a business.

Another one of the liberal Islamic nations, Jordan is an admixture of liberalism and conservatism. One of the best things about Jordan is that while it holds on to its traditional roots, it is fairly liberal and modernized. It is interesting to note that some parts of the Muslim nation are even entirely western. 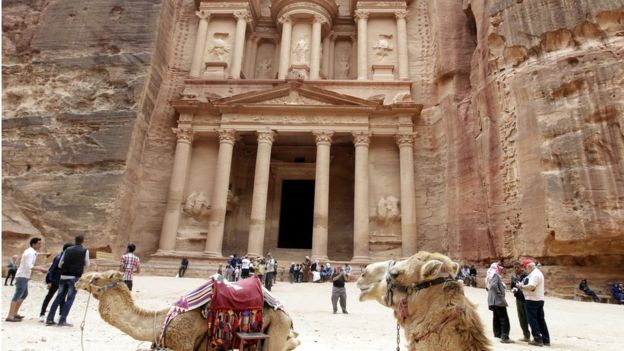 Not only is Kuwait doing well in terms of women’s security, but it is also quite liberal when it comes to issues like freedom of speech and expression. The open-minded and kind masses of Kuwait make the country one of the safest Muslim countries.

Besides its impressive growth and development, what makes Oman one of the best and safest Muslim nations is that it is open towards people from distinctive cultures and ethnicity. In this liberal country, people are not judged on the grounds of their race, religion, culture, or ethnicity.

Show result before you give your opinion
203 Votes