Inspiring Story: Meet the Toy Smuggler who is Risking it all to bring Smiles to Syrian Children

The 44-year-old Rami Adham is on a voluntary deputation to risk his life and bring joy to the faces of kids in Syria. He is the man who kept his spirits high and never gave up. From medicines to food and water to the most important, toys, he comes like a Santa in disguise once a year or whenever he can. 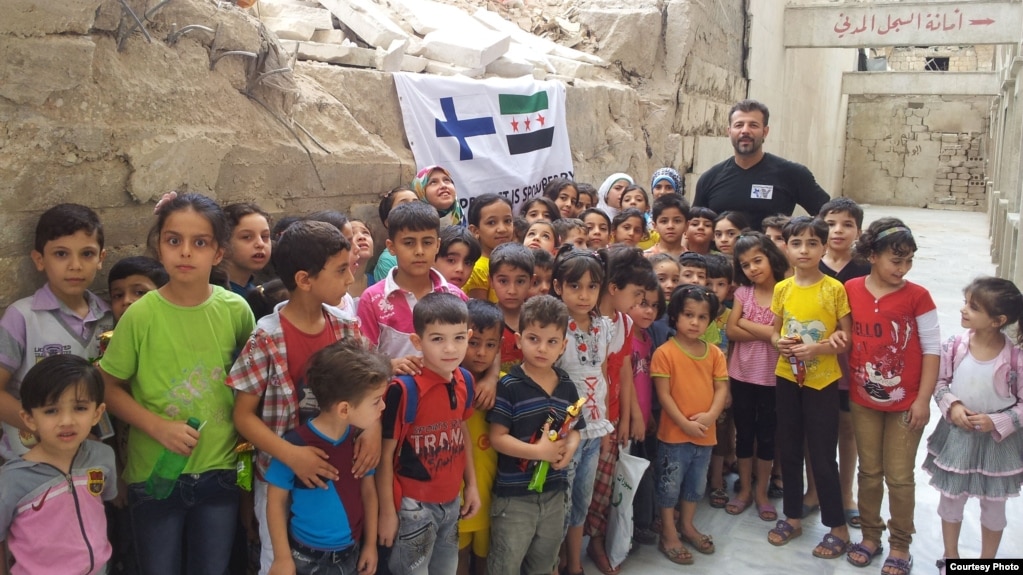 Rami Adham is a father of six children and is a Finnish-Syrian, who helps the children and adults affected by the Syrian Civil War. He is originally from the Aleppo city and is at this noble mission from almost around 6 years now. During this tenure, he has traveled to the conflict zones of Syria almost 29 times. He is making all the possible efforts to help the ones who are in desperate need.

The streets of Syria are barely recognizable and the landscape has come down crumbling. Each and every person moves at their own risk and they are all living under the assumption that they are the targets. According to Rami Adham, " The people of Syria are not coping, they just cannot cope. Instead, they keep wandering around where they think they can find peace and shelter. The

In the blink of a moment, the revolution in Syria turned into a civil war. And the ones who wanted to fight for the freedom, no longer hope to see a happy and safe future. There absolutely seems to be no light in the tunnel. But at least people like the Toy Smugger of Aleppo also affectionately called as Uncle Finland, is giving the kids a glimmer of hope. He is the one who gives a reason for the kids to smile and ease their pain. He hands out toys to the little ones in the area and also tries to distribute safety and monetary aid to facilitate their well-being. They are trapped in a city that is no longer theirs, but even the momentary spark does wonder.

But, the journey surely hasn't been that easy. People in Syria have lost their families, their friends, their homes, their children, safety and the property. The people are devastated; they are in frustration and are facing an emotional breakdown. They cannot eat or sleep with peace, there is no proper communication with the outside world and under such circumstances is Adham who gives hope and smile at least to the kids struggling in the battlefield. Even the United Nations High Commissioner for Refugees said that what is at risk in Syria is nothing less than the survival and well-being of a generation of innocent souls.

Rami Adham travels to Aleppo through different routes, manages to raise money from Finland and carries with him the required food and medication along with teddy bears and Barbie dolls. It is only after his first attempt that he realized the need for toys being more fulfilling than providing food. So, Adham comes each year like Santa Clause with presents for kids and required items for the others left in the country. He believes that it is time to end the crises. For Syrians. And for the rest of the world too!

If a man like him isn't losing hope, why should you? Learn from the Toy Smuggler how satisfying it is to forget our own troubles and support the ones who are more worthy of getting a helping hand.