Is Salt a Compound or an Element?

We eat salt every day. Our food doesn’t taste the same without our table salt, i.e., sodium chloride. But do you know if salt is a compound or a mixture?

Here’s all you need to know about salt.

Is Salt A Compound Or Mixture?

When two or more chemical elements are combined together, they form a substance, which is known as a compound. Salt is a formed by the combination of innumerable chemical compounds. Sodium is an element consisting of 11 electrons. The electronic configuration of sodium is 1s2, 2s2 2p6 3s1.

Salt is known as sodium chloride in chemical terms and has a chemical formula of NaCl. It comprises of atoms of two varied elements, sodium, and chloride in a fixed ratio of 1:1, meaning that each atom of sodium combines with a corresponding atom of chlorine to form sodium chloride.

The properties of all the individual atoms are different from that of the salt molecules. Therefore, salt is known as a compound. Compounds are usually formed by a combination of different elements in a fixed ratio. These elements generally differ in properties from the constituent atoms.

On the other hand, mixtures are made up of elements which retain their original properties even after they are combined together. It is easier to separate the elements in a mixture than in a compound. 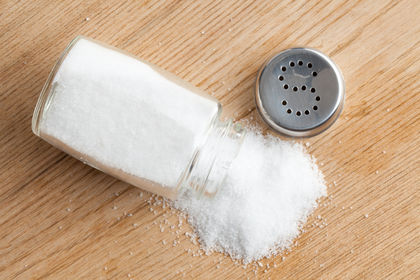 Is Salt An Element Compound?

An organic salt is a salt which contains an organic ion (carbon atoms).

So, Inorganic salts are salts of elements that do not contain carbon atoms.

Show result before you give your opinion
263 Votes